Rejoinder: "The People Are Our Priority"-Peter Obi Campaign Organization 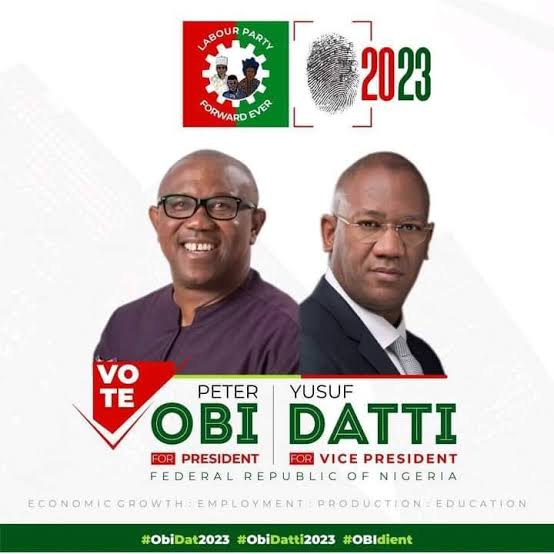 We read with amusement and dismay, a very lengthy and belaboured treatise of an article, written by Professor Chukwuma Soludo, Governor of Anambra State, focused on our Presidential Candidate, His Excellency Peter Obi.

It seems obvious that Professor Soludo is itching for limelight, in this election season, perhaps fired up by possible understanding or alliance with our struggling political opponents.

Read more »
Posted by PublicInformationProjects at 08:04 No comments:

Article: History Beckons And I Will Not Be Silent (Part 1)

My attention has been drawn to some of the tirades on social media following my frank response during an interview on Channels TV regarding the “investments” Mr. Peter Obi claimed to have made with Anambra state revenues. Sadly, several of the comments left the issue of the interview to probe or suggest motives, inferred from my response on “investment” that I am opposed to Peter Obi’s ambition and therefore committed a “crime” for which the punishment is internecine abuse and harassment even to my family. Some people even suggest that the gunmen who went to attack a checkpoint at my hometown on Saturday 12th November but were gunned down was part of the mob reaction. I used to think that for decent people, certain conducts are off-limits, and that in Anambra, politics is not warfare.

Read more »
Posted by PublicInformationProjects at 12:41 No comments:

1. That this critical time calls for the greatest circumspect among his followers because the enemies are relentlessly exploiting the vulnerable, to sustain their status quo, and further blackmail the IPOB, ably led by Nnamdi Kanu, which is a peaceful self-determination movement.

Read more »
Posted by PublicInformationProjects at 00:42 No comments:

By Felix Oboagwina
Felix, what is happening? Will you guys continue to sleep and allow this man to ride roughshod over Afenifere once again?
Wetin we go do now, Yinkus? Bola Ahmed Tinubu is a Yoruba project. Therefore, all Yoruba people should queue behind him, including Afenifere. As the foremost Yoruba socio-political group, shouldn’t Afenifere be leading the charge to have a Yoruba presidency come 2023?
Who says? This man tried using us to bring Afenifere down. If not for the spirit of Obafemi Awolowo that made us see the light, Jimi Agbaje and me, and the Babas’ exceptional magnanimity, tell me the Afenifere that Tinubu would be going to today to curry blessings for his ambition.
Read more »
Posted by PublicInformationProjects at 01:57 No comments:

Special Report: "4020 Christians Slaughtered By Jihadist Terrorists In Nigeria In Jan-Oct 2022 And 2,315 Abducted"-Intersociety 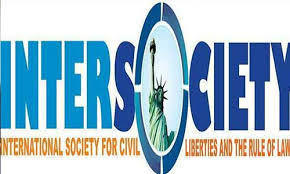 (…400 abducted in Jan-Oct at Southeast’s Jihadists’ flashpoints of Umunneochi, Isi-Uzo, Isiukwuato and Igbo-Eze)

The past ten months of 2022 or January to Oct had seen no fewer than 4020 defenseless Christians slaughtered in Nigeria by the country’s Islamic terror Jihadists with the most atrocious and barbarous being the Jihadist Fulani Herdsmen and their regionally assembled allied Islamic terror groups which jointly accounted for 2,650 of the 4020 total Christian deaths. Other culpable Jihadist terror groups are ISWAP, Boko Haram and Ansaru accounting for 450 Christian deaths and the Jihadist Fulani (Zamfara) Bandits and their splinters responsible for 350 Christian deaths. The Nigerian Government friendly armed Jihadist groups particularly Jihadist Fulani Herdsmen and Jihadist Fulani (Zamfara) Bandits had also during the period under review abducted not less than 2,315 defenseless Christians; with 1401 abducted between January and June 2022 and 915 abducted between July and Oct 2022. Out of the 2,315 abducted Christians, 10% or 231 have circumstantially been found to be incapable of returning alive to their families, having most likely been killed in captivity for their refusal to convert to Islam or inability to pay huge ransoms demanded. The 4020 Christian deaths in ten months further indicated 402 Christian deaths per month and 13 deaths per day. In the area of the 2,315 Christian abductions in ten months of 2022, it amounted to 231 Christian abductions per month and approximately eight abductions per day.

Read more »
Posted by PublicInformationProjects at 05:57 No comments: