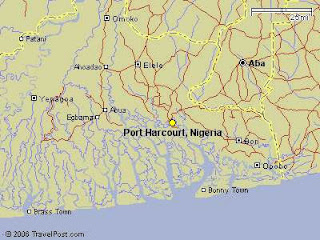 In other local government areas visited like Akuku-toru, Ogba-egbema-ndoni, Okirika and Ogu-bolo local government Areas, Policemen and men of the joint taskforce(JTF) were seen in some polling booths directing the few voters arround on whom to vote for, usually, the Peoples' Democratic Party(PDP) candidates.

In areas where voters turn out was comparatively high like Bonny,Emohua,Omuna and Eleme local government Areas,most could not vote either because of late arrival of election officials and/or materials or due to the fact that their names were not found in the voters list.

A middle level official of Rivers State independent electoral commission(RSIEC),who spoke to us on condition of anonymity said that "These factors are enough to cancel this election".
Posted by PublicInformationProjects at 05:52