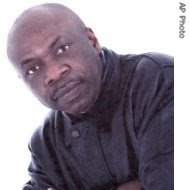 Mr. Henry Okah, the erstwhile spokesman of MOVEMENT FOR EMMANCIPATION OF NIGER DELTA(MEND)and his co-accused, Mr. Edward Atatah have been moved to the Rukuba barracks of the 3rd Armoured division of the Nigerian Army in Jos, capital city of Plateau State.

Messrs Okah and Atatah, who were arraigned for treason at the federal high court Jos on thursday, 3rd April,2008 were moved into the military facility in the early hours of friday, 4th April, 2008. Both are now being held in separate underground cells in solitary confinement.

Sources in the office of the Minister of justice and attorney-general of the federation informed us that witnesses drawn mainly from military officers currently being court-marshalled for missing arms and ammunitions, have been lined up to substantiate the fourteen-count-charge against the accused persons.

We can now report that pressure is being piled on the lawyer for the accused persons, Mr. Femi Falana by some foreign countries to scale down his public comments
on the matter.

We were unable to unravel the identities of these countries at the time of writing this report.
Posted by PublicInformationProjects at 03:20