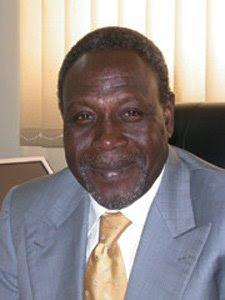 Following the absence of Nigeria's President, Mr. Umar Yar'Adua from the seat of power,for sometime now, for health reasons, the Secreatary to the Federal Government, Mr. Babagana Kingibe is now the country's acting President, we can now authoritatively reveal.

When the President's ill health worsened recently, necesitating his being flown to Germany for medical examinations and treatment, he, on the eve of his departure, handed over power to Mr. Kingibe in contravention of the constitutional provision that power in such circumstance should be handed over to the Vice President.

Presidency sources informed us that the Vice President, Dr. Goodluck Jonathan appears to be unperturbed about this development and appears to be comfortable with his ceremonial roles.

A powerful political cabal from the North, who we were told hijacked power in the Presidency insists that Mr. Kingibe should always act in the absence of the President, despite any constitutional provision in that regard.

"The veepee is aware of this, but does not want to ruffle feathers" an aide to the Vice President who pleaded for annonymity told us.

The President, who is running the Presidential slot of the North has been seriously ill for some time now and have consequently, stayed off duty.

Presidential position in Nigeria is informally rotated between the North and South for eight years respectively.
Posted by PublicInformationProjects at 06:49