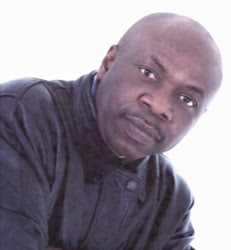 The erstwhile spokesman of MOVEMENT FOR EMANCIPATION OF NIGER DELTA(MEND), Mr. Henry Okah, collapsed at about 9.00am today(20th May, 2008), while being interviewed by a prosecution team.

Mr. Okah, who is being held in solitary confinement in an underground cell at Rukuba barracks, the headquarters of 3rd Armour division of the Nigerian Army in Jos, capital city of Plateau state, Nigeria, was brought out at that hour for routine interview with the prosecution team. About five minutes into the interview, according to our source, Mr. Okah collapsed and was taken to a medical centre within the military facility, where he was revived, resulting in the rescheduling of the interview. Okah is being tried in secrecy for treason.

It will be recalled that chidi opara reports was the first news medium to report that the MEND chieftain is being held in an underground cell in the military facility. Okah's wife has since confirmed this, after a visit to her husband.

chidi opara reports was not able at the time of posting this report, to gather comprehensive information on what was responsible for Okah's collapse. A source at the medical centre where he was revived however, volunteered that the activist's blood pressure count "is getting higher".

Henry Okah and one Edward Atatah were on 3rd September, 2007 in Angola, arrested and detained on allegations of gun running and plotting to destabilize the government of Nigeria.

At the request of the Nigerian Government, the accused persons were on 14th february, 2008, extradicted to Nigeria and charged to court for treason. Okah's alleged accomplice was recently discharged. He is still being held in custody. Henry Okah's trial is continuing.

Presidency sources have however confided in chidi opara reports that there may be a political settlement eventually.
Posted by PublicInformationProjects at 03:32