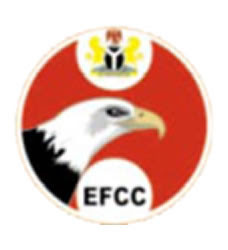 chidi opara reports have been reliably informed that while the constitutional controversy regarding succession at the Economic And Financial Crimes Commission(EFCC), goes on, with the newly appointed chairperson, Mrs. Farida Waziri, a retired Assistant Inspector-General of Police(AIG), unable to assume duty, rich and powerful friends of some former governors investigated for corrupt enrichment of selves while in Office, moved into the commission, taking away important documents, which are vital for the prosecution of these allegedly corrupt former public officers.

A strategically placed source at the commission told chidi opara reports that the failure of the newly appointed chairperson to assume duty have created a "loophole", which "those politicians" are now capitalizing on to remove "important documents", with the help of their "agents inside the commission".

The former chairman, Mr. Nuhu Ribadu, was earlier in the year, sent on course to the National Institute For Policy And Strategic Studies(NIPSS). His deputy, Mr. Ibrahim Lamorde, took over in acting capacity. Lamorde was recently sent on course also. Both Ribadu and Lamorde are Police officers.

The appointment of Mrs. Waziri on acting capacity, generated constitutional controversy, with the Nigerian Senate insisting that she should not assume duty as directed by the President, prior to her confirmation by the legislature.

As the controversy continues, allegedly corrupt ex- governors and their friends, according to our source, are having a field day at the commission, removing important documentary evidences.
Posted by PublicInformationProjects at 02:55