Radar Detected Approach Of Bonga Attackers An Hour Before Attack 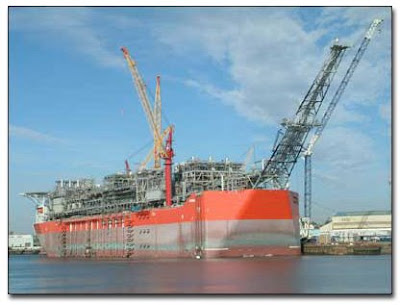 When recently the MOVEMENT FOR THE EMANCIPATION OF NIGER DELTA(MEND), sailed for about 125 nautical miles into the Atlantic Ocean to launch attack on one of Nigeria's largest offshore crude oil production platforms, operated by the Shell petroleum develoment company of Nigeria(SPDC), the information fed to the general public was that the attack was a surprise one.

The stifling of information about what actually happened on that fateful day continued when at the summon of SPDC senior officials and the leaderhip of the nation's security by the House of Representatives committee on Petroleum, SPDC officials according to news media reports, told the committee that there was no radar and other equipments for detecting movements towards and arround the platform. SPDC officials at the meeting went further to inform the committee that the regular security patrol boats were withdrawn prior to the attack because of an impending naval exercise.

Information reaching chidi opara reports from sources inside SPDC, indicates that these misinformation was at the prompting of the security chiefs, so as not to lose their jobs and also to avoid probe into a possible collaboration with the attackers.

Our source insisted that there was, prior to the attack, a state of the art radar and other monitoring devices that could easily detect approaches to the platform from any angle.

chidi opara reports was reliably informed that SPDC emergency response team "became aware of the impending attack atleast an hour before". When the approach of the attackers was detected, radio messages, according to our source, were sent to all SPDC major locations and to Shell international major locations arround the world. The joint taskforce on security(JTF) patrol team arround the platform were also contacted. "But for reasons best known to them, they did not strike". We also learnt that an SPDC helicopter ran two shuttles "to evacuate essential staff" from the platform, but could not land on the third trip, "because the attackers were already onboard.
Posted by PublicInformationProjects at 04:51