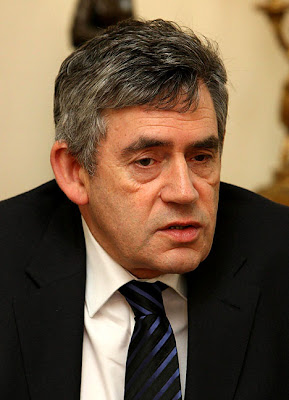 In the wake of threats to British interests in Nigeria by Niger Delta militants, following Britain's offer to help Nigeria to curb unrest in the restive oil rich region, authorities in Britain may be considering unorthodox security options.

A strategically placed source in the British diplomatic mission in Nigeria informed chidi opara reports that the options being considered may be "Precision hits" and "Snatch operations". These operations may be code named "Operation baby hawk".

Our source further averred that military analysis of the Niger Delta situation indicate that there cannot be an effective full scale military operation against the militants in the creeks without "severe damages to human, material and enviromental resources". The only options available, the source concluded, are unorthodox ones, "but Nigerian military and security forces do not have capacity for these options".

Already, a specially trained officer in unorthodox security operations is due to arrive Nigeria soon to assess the operational requirements of "Operation baby hawk". chidi opara reports also learnt that there may be collaborations between British, French and United States Of America(USA) secret services in the execution of these operations.

It will be recalled that for years, the USA secret service, the CENTRAL INTELLIGENCE AGENCY(CIA), was carrying out an unorthodox security operation it code named "Renditions", which involved the kidnap of suspected insurgency groups leaders, whom they take out of their countries of residence for trial without going through exraditon process. Even when the news media and civil rights groups exposed this operation, there was denial, untill the President of USA owned up to the illegality.

A senior security source we contacted for comment informed us that "nations apply unorthodox security options when necesary".
Posted by PublicInformationProjects at 03:15