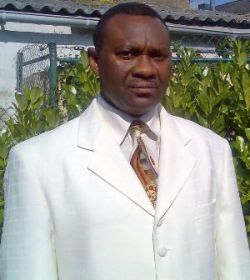 The "negative stereotype images of older persons as suffering from physical and psycological disabilities, incapable of functioning independently and having neither role nor status in society" may soon be a thing of the past.

This is because a Nigerian based international non governmental organization that goes by the name; LIVING WATER FOUNDATION INC.(LWF) have decided to actualize Recommendation 50 of the Vienna international plan of action on ageing.

The President of the Foundation, Rev. Damian Etonyeaku-Nduka, who spoke to chidi opara reports online, said that Recommendation 50 of the Vienna Convention, "gave Organizations like LWF authority to arrest high mortality rate amongst the ageing, especially those in their 50s and 60s in sub-saharan Africa".

Rev. Etonyeaku-Nduka told us further that "LWF is particularly concerned about the older persons who were abandoned by their families or are childless and/or very poor to take care of themselves".

Investigation by chidi opara reports reveal that LWF has a programe called "sustainable human development". The objective of this programme we learnt is to empower people drawn from the LWF's target group with skills acquisition, which in the words of the LWF President, will contribute to "self reliance, eliminate poverty and promote dignity and human rights".

The Organization we also learnt has acquired a ten-acre parcel of land in Aba, Abia State where it plans to build an old peoples home.
Posted by PublicInformationProjects at 09:30