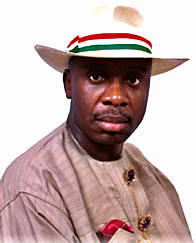 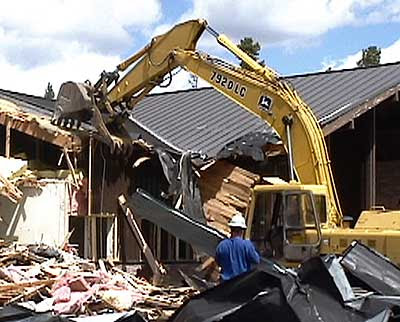 The current demolition exercise in Portharcourt, Rivers state capital city, and Nigeria's major oil city which according to the state government is aimed at restoring the city to its garden city status, may ultimately see Igbo traders holding the shorter end of the stick. The Igbos, one of the major ethnic nationalities in Nigeria, whose homeland is on the south-eastern axis, are mainly a mercantile race.

This present situation has nothing to do with the abandoned property saga, a phenomenon which crept into national consciousness immediately after the Nigerian-Biafra civil war. In the abandoned property era, property owners in Portharcourt who are mainly Igbos, ran away in the heat of the war to save their lifes, only to return after the war to find out that their properties had been declared abandoned and sold to Rivers state indigenes at give away prices.

In the present situation, these properties being demolished are mostly occupied by Igbo traders, many of whom have paid rents in advance up to five years.

chidi opara reports discovered that the interests of these tenants, who in some cases built these shops with the permission of the landowners, are not always taken into consideration in discussions leading to payment of compensations on the properties demolished. We also discovered that property owners even after collecting compensations, do not refund whole or part of the rents that are still subsisting. Accusations have also been made against the state government on targeting Igbos in the exercise, chidi opara reports have so far not seen evidence of this.

An Igbo trader, Mr. Emeka Nwogu who sells men's wears along Rumuola-Rumuokwuta road, whose shop was affected, told us that he has a three-year-rent outstanding in his favour. He further informed us that "my landlord has refused to discuss the issue of refund with me."

Another Igbo trader, Mr. Julius Uche, who runs a restaurant along same road, whose shop is about to be demolished, told us that he has a two-year- outstanding rent in his favour. "My sister, the landlords have collected their compensations through their agents and left us to suffer", Uche complained bitterly to our reporter.

We could not get in touch with any Igbo leader for comments at the time of preparing this report. This is due mainly to the fact that Igbo leaders in the state, according to a contact who does not want her identity published, "are always fighting themselves because of money from the government house. They dont have time for us".
Posted by PublicInformationProjects at 02:06