The final routing of Mr. Nuhu Ribadu, erstwhile chairman of Economic And Financial Crimes Commission(EFCC), appears to have been completed with the demotion and immenient arrest of the "hotheaded fulani boy" from the rank of Assistant Inspector-general to Deputy Commissioner of Police. chidi opara reports gathered authoritatively that even when he was removed from EFCC and sent on a nine-month course at the Nigerian Institute of Policy And Strategic Studies(NIPSS), Ribadu still remained very influential, "due largely to the hefty dossiers he has on most prominent politicians, especially, state governors who ruled between 1999 to 2007", a contact in Abuja told us.
The anti-Nuhu Ribadu project has already claimed victims of circumstance in the Police.Below are the faces of executioners of the project. 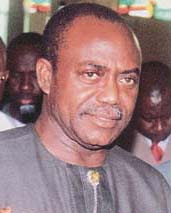 Peter Odili ruled oil rich Rivers State as governor from 1999 to 2007. He is alleged to have corruptly enriched himself while in government. Odili would have been facing trial, if not that he used his high level contacts in the Nigerian judiciary to thwart Ribadu's plan to dock him. He provided the main part of the financial war chest needed to prosecute the project. 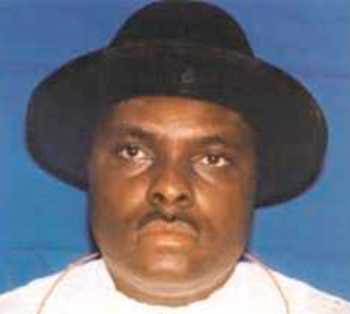 James Ibori is a former governor of oil rich Delta State. He allegedly helped himself immensely from the Delta state coffers between 1999 to 2007, when he was governor of the state. Ibori is presently being prosecuted by the EFCC for corruption while in government and have not forgiven Ribadu for his travails. He provided a good chunk of the financial war chest for the project.

Comfort Obi is the Publisher/Editor-In-Chief of The source magazine, she is very close to Peter Odili's family, whom we gathered helped her into membership of the influential Police Service Commission(PSC). We gathered also that she is the anchor person for the anti-Nuhu Ribadu project inside PSC.
Posted by PublicInformationProjects at 03:24