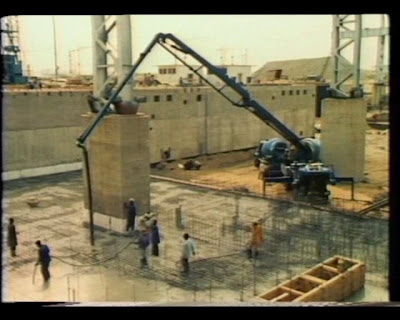 There have been love lost recently between the giant German construction firm, Messrs Julius Berger Plc and the MOVEMENT FOR THE EMANCIPATION OF NIGER DELTA(MEND), a coalition of armed groups claiming to fight for the reverse of what it calls injustice to the peoples of Niger Delta region over the years.

News media reports have it that the construction giant, whose two expatriate staffers were kidnapped by one of the numerous armed gangs operating in the restive region, had closed operations in the region citing insecurity. This according to reports angered MEND, who felt that the company should not pull out of the region and yet continue to operate in Abuja, Nigeria's capital city where according to them, construction works are paid for with crude oil from Niger Delta, hence the quit order.

chidi opara reports have however, been informed by a reliable contact in the State Security Service(SSS), who have been on the Niger Delta upheavals over the years that the real reason for the quit order goes beyond what MEND has publicly declared. "MEND is deceiving the public, let them tell the world who is playing the music they are dancing to", the security operative retorted angrily. We were further informed that some competitors of Julius Berger Plc, who are not happy with the way the construction giant have been cornering road construction contracts all over the country, especially in the Niger Delta states were behind the quit order.

Our contact further revealed that these competitors, some of whom are prominent Niger Delta indegenes, who are also into construction business, feel that if the Julius Berger onslaught is not adequately checked, their business interest will be seriously jeopardized. "Have you asked who are the sponsors of MEND?", our contact continued, "it is these same people who are now using them to fight Berger." "Can't you see that when certain people were kidnapped, MEND took the responsibility of finding and handing them over to their families, they even apologised, who is fooling who?", the contact concluded.

When contacted, the spokesperson of MEND, who goes by the pseudonym Gbomo Jomo, denied being sponsored by anybody, and further stated that "the group is focused and cannot be used by anyone".
Posted by PublicInformationProjects at 08:13