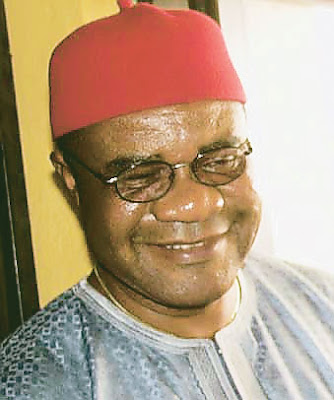 The ruling Peoples Democratic Party(PDP) is set to re-capture Cross River State in a desperate move reminiscent of its "do or die" philosophy, given life by the immediate past administration of Rtd. General Olusegun Obasanjo.

This "do or die" philosophy was used to capture Nigeria in April 2007 for the benefit of the incumbent President, Mr. Umaru Yar'Adua. Yar'Adua have since embraced and infact perfected this philosophy.

The governorship re-ran elections in Adamawa, Bayelsa, Kogi and Sokoto states removed all doubts as to the ability of the ruling party to continue with this ideology.

The re-ran elections in the states mentioned was ordered by the Court of Appeal, which nullified the previous elections. During these re-ran elections, the PDP had mobilized hefty financial war chests, mostly sourced from sources that were not very transparent, and security agencies to intimidate its opponents, with the Independent National Electoral Commission(INEC) always standing by to help its paymaster back to power in those states.

When the Court of Appeal recently nullified the election of Mr. Liyel Imoke, the PDP candidate in the April, 2007 governorship election in Cross River State and ordered a re-run, there wasn't much jubilations in the camps of the opposition parties because of PDP's operation re-capture at all costs tendency. There was rather disquiet within the ruling party arising from the fact that the PDP candidate had been indicted for corruption by the committee probing the National Intergrated Power Project(NIPP) in the House of Representatives. Imoke was a Minister of Power and Steel during the immediate past Administration.

The suspicion that PDP is bent on returning Imoke to power was confirmed when the Presidency pressured Oladimeji Bankole, Speaker of the House of Representatives to indefinitely postpone the presentation of the report of the NIPP probe committee. This move, chidi opara reports authoritatively learnt, was to shield Imoke from arrest and prosecution by the Economic And Financial Crimes Commission(EFCC), till he gets back constitutional immunity.

Contacts in strategic political circles in Abuja and Calabar informed chidi opara reports that "the party was considering droping Imoke as its gubernatorial candidate for the re-run election, before the Imoke group blackmailed the President with documentary evidencies of how the April 2007 Presidential election was rigged in Cross River State." This we learnt, jolted the President whose election is being challenged at the apex court. The President, according to our contacts, "wasted no time in mobilizing all concerned to rally round the Liyel Imoke candidacy."

We can now report that PDP have mobilized cash, security agencies, its faction of Niger Delta militants, in the guise of PDP youths wing, for the August 23rd, 2008 governorship election re-run in Cross River State.
Posted by PublicInformationProjects at 03:02