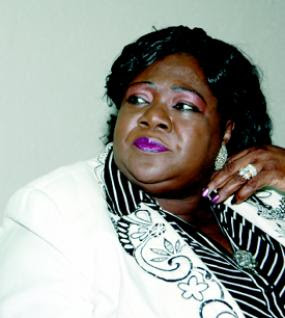 The Africa for Obama fund generated at a recent fund raising at the MUSON hall in Lagos, Nigeria's former capital city and largest commercial centre, organized by a group known as "Africa For Obama", led by the bulky director-general of the Nigerian Stock Exchange(NSE), Professor Ndidi Okereke-Onyiuke was never meant to be used for the purpose of mobilizing voters for the African-American Democratic Party Presidential candidate in the forthcoming Presidential election in the United States Of America(USA), Mr. Barrack Obama. Neither did the organizers have any intention of turning the nearly hundred million naira haul into their private use.

Checks by chidi opara reports revealed that the fund raising was the brainchild of a nascent political group midwifed by the immediate past Nigerian President, Rtd. General Olusegun Obasanjo, with an agendum to mobilize funds for the formation of a political party to challenge the ruling party in the 2011 general elections. The co-ordinator of the group we learnt is Mr. Nnamdi(Andy) Uba, a former aide of the ex-President when he was in power.

We reliably gathered also that faced with harassments from security agencies, which has made it near impossible for anyone connected to the ex-President to access their ill-gotten funds stashed in secret off-shore bank accounts and the need to mobilize early for the 2011 general elections, The Obasanjo backed think tank decided on a scheme to raise funds for this purpose, hence the Africa for Obama fund raising scheme. Professor Okereke-Onyiuke, a member of the think tank and a veteran of sort in camapaign funds mobilization was the natural choice. Okereke-Onyiuke had done similar job for the Obasanjo-Atiku campaign organization in 2003.

The NSE director-general, according to contacts close to her, bidded her time, waiting for a perfect opportunity to come up, since there is need for a subterfuge to hoodwink security agencies. The current Obama rave presented the needed subterfuge, which the group exploited to the hilt.

Unknown to the massively built brainy NSE helms woman, Presidency security hawks had her under close survillance. "When", according to a top security contact, "It was confirmed that the fund raised is actually going to be used to form a political party, we passed the intelligence to EFCC." EFCC is the abbreviation of Economic and Financial Crimes Commission.

Professor Okereke-Onyiuke is presently being interrogated by EFCC. chidi opara reports however gathered from a contact in EFCC, that the anti-corruption body is only interested in scuttling the Obasanjo backed scheme by seizing the fund generated. "But if she refuse to surrender the money, we will prosecute her for fraud" the source volunteered.
Posted by PublicInformationProjects at 10:25