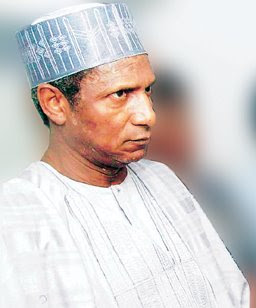 The continued ill health of the Nigerian President, Mr Umaru Yar'Adua has put the cabal, consisting mainly of the President's close friends and relatives, who recently hijacked the Presidency and have been calling the shots in recent times, in a quandary.

The Nigerian President, chidi opara reports can now report is recuperating from a major surgery in Saudi Arabia.

The President whom well placed Presidency contacts informed us was scheduled to visit the moslem holy land for the lesser hajj and from there pay an official visit to Brazil, suddenly took ill and was taken to Saudi Arabia for treatment, because according to our contact, "it was a minor ailment initially", and the President's family and private doctors "thought that he would just get some treatment and continue with the lesser hajj and visit to Brazil", the contact concluded.

"On arrival in Saudi", another Presidency contact volunteered, "serious complications set in, infact the President was unconscious for several hours". A contact close to someone in the President's entourage however informed chidi opara reports that "the President's condition have been critical since after the surgery".

Our investigation have however revealed that the President's ill health is not the major source of worry for this present cabal that rules Nigeria, while the President reigns. The major worry of this cabal is the position of the Vice-president, Dr. Goodluck Jonathan in the power hierachy. The constitution provides that the Vice-president should assume power in the event of death, physical/mental disability or resignation of the President.

We learnt that this cabal, who have cornered major government patronages and even clears important policies before they are debated in the Federal Executive Council(FEC), have been planning to use its contacts in the National Assembly to compile impeachable offences against the Vice-president, which they hope to use to put pressure on him to resign. "Assasination may even be considered", a security contact in Abuja whispered to us.

A senior Presidency official who pleaded not to be named informed us that "in the meantime, Babagana Kingibe is the acting President". Mr. Kingibe is the secreatary to the Federal Government of Nigeria and a peripheral member of the cabal.
Posted by PublicInformationProjects at 07:24