Why Babagana Kingibe Lost Out 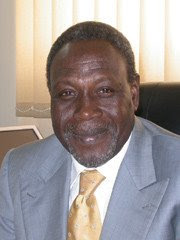 An aide of the Nigerian President incharge of communications, Mr. Olusegun Adeniyi in a terse press release announced the removal of Mr. Kingibe as the Secreatary of the Federal Government of Nigeria, a position he has been occupying since the inception of the present Administration on May 29th, 2007.

On assumption of office, the Nigerian President with a credential that is a mixture of conservative and progressive political leaning chose Mr. Kingibe, a progressive and an erstwhile spy/diplomat reputed to be a very astute political strategist with a knack for planning and executing complex political intrigues as the head of the Administration's political bureaucratic hub, mainly according to knowledgeable Presidency contacts, to help him extricate his Administration from the stranglehold of the relunctantly retreating Olusegun Obasanjo political machine that held the reins of governance for eight years. Olusegun Obasanjo is the immediate past President of Nigeria.

Mr. Kingibe's first visible assignment was to retrieve the Nigerian lower Federal parliament, the House of Representatives, whose Speaker then was an Obasanjo protege from the Obasanjo cabal. The successful execution of this assignment, according to these contacts earned Mr. Kingibe peripheral membership of the cabal.

The need for successful execution of more assignments of the type described earlier necesitated the retention of this ex spy/diplomat. The situation made this consumate executor of political intrigues so powerful, "so much so that anytime the President was travelling out of the country, he usually hand over power to him instead of the Vice-president" a contact volunteered.

Mr. Kingibe knew how much the Yar'Adua Presidency cabal depended on him for political survival and he exploited this opportunity to the full to revive his suspended Presidential ambition, he had once sought to be President in 1992 on the platform of the defunct Social Democratic Party(SDP).

chidi opara reports gathered from reliable top security contacts that the President's desk had for months now been served with security reports about Mr. Kingibe's schemes to succeed him "as soon as possible". "Mr. President viewed this as divided loyalty, but could not do anything at that time because his Administration had not stabilized", a top State Security Service contact in Abuja informed us.

The recent successful reshuffle of the topmost Military echelon and the impending validation of the Presidential election by the Supreme court, according to a Presidency contact "gave Mr. President the confidence to remove Mr. Kingibe".

chidi opara reports can now reveal that the next thing on the card is cabinet reshuffle. "It is going to be a real shake up, those Obasanjo people will have to go", a contact who is a national officer of the ruling Peoples Democratic Party(PDP) whispered to us. The PDP national officer also informed us that Kingibe may be brought back albeit in a less strategic position. He however, does not seem to be very sure of this, including whether Mr. Kingibe will accept to come back.
Posted by PublicInformationProjects at 00:30