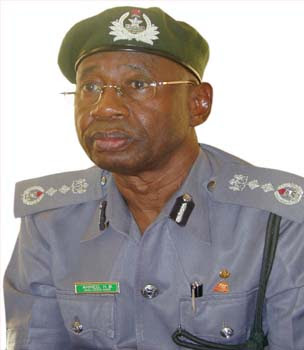 A syndicate of criminals have now taken over the running of the Nigeria Customs service(NCS), the second highest revenue earner for the Federal government of Nigeria, second to the Oil and Gas sector. NCS is the fulcrum of the import and export sector.

ANLCA was formed in 1954 to carter for the interests of clearing and forwarding agents(now also known as freight forwarders). It operated for sometime and went moribund, but was revived in 1993 when it was formally registered with the Corporate Affairs Commission(CAC).

Investigations by chidi opara reports revealed that at the time the Association was revived, most clearing and forwarding agents(freight forwarders)rallied arround it as an instrument of collective bargaining.

The Association according to inside contacts, somehow lived up to expectations till November 2004, "when it was hijacked by these crooks who are now running it," a contact in Lagos who is also a member of the Association told us.

A senior customs officer in Portharcourt told us that "ANLCA national officers now dictate to our Comptroller-general which Comtroller is to be posted to what Area". We also gathered that some Area Comptrollers who owe their postings to "lucrative Areas" to this syndicate, show their gratitude and loyalty by allowing them to have their ways in import and export rackets and also to dictate operational methods in these Areas.

Our investigations in Lagos, Kano and Portharcourt revealed a disturbing scenerio. We discovered for instance amongst other disturbing discoveries that members of this syndicate have had serious issues in the past with law enforcement agencies regarding import and export frauds. We also discovered that most of them have mysterious business and professional backgrounds and run their "Customs Licensed" agencies outside stipulated proceedures. "Go and check how they even obtained their so called licenses in the first place", a Customs headquarters contact whispered to us.

Further checks by chidi opara reports revealed a tendency on the part of this syndicate to exploit the greedy disposition of some security agencies operatives to be bought easily. This syndicate according to our checks, awash with money from import and export rackets, seem to have bought over the top echelon of the Nation's Security Services, the relevant Committees of the National Assembly, the leadership of Nigerian shipper's council, charged with midwifing the new professional body of freight forwarders(clearing and forwarding agents), top officials of Federal ministries of Finance and Transport, as well as top editorial hierachies of mainstream news media, amongst others, hence they can operate freely without let or hinderance.

When we approached our Publisher/Editor-In-Chief, Mr. Chidi Anthony Opara, who voluntarily resigned as a national officer of ANLCA in the year 2000, for comments, he declined on "personal grounds".
Posted by PublicInformationProjects at 03:28