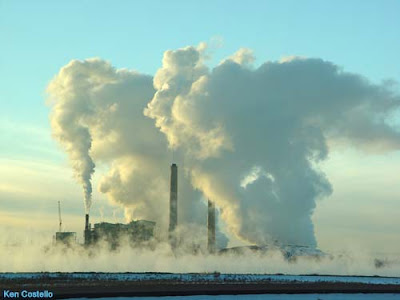 chidi opara reports have waded through the barrage of propaganda to present the real picture of what happened at the Alakiri flow station operated by Shell on that fateful day, Monday 15th, 2008.

An officer of one of the companies that provide auxilliary and ancilliary services at the flow station, who happened to be on duty when the attack occured, narrated to us on condition of annoynmity how the incident happened. We present below the eye witness account.

"At about 12.45am on Monday, 15th september, 2008, two speed boats apparenty loaded with militants were firing automatic rifles as they approached the JTF houseboat. The JTF fired back at them, and they retreated. The militants were later heard firing sporadically from inside Alakiri village. There are about four routes from the village to the flow station. After some time scores of militants advanced towards the station from the four different locations. On sighting them, three JTF men at the observation post started firing at them but eventually ran out of munnitions and ran away to take cover with their colleagues who have by now left their house boat and took cover in different locations within the station, from where they fired intermittently at the invading militants. The militants who have now gained entrance into and bombed the flow station, continued to throw bombs and dynamites indiscriminately. With no serious resistance, the militants overpowered four station guards, whom they ordered to take them to the Shell residential camp. Inside the camp, they forced open rooms one to twelve and took captive, a female Health, Safety and Environment(HSE)staffer, a station security adviser, a field co-ordinator and a gas plant operator. One Effiong, myself and others who ran inside room fourteen escaped their attention. As they were leaving the camp, they shot and killed one of the station guards named Gray, shot and wounded three shell staffers, one of whom died on Monday, 15th september, 2008 at about 2100hrs. The people taken captive were released after about six hours. While the operation which lasted for about three hours was on, the JTF men did not offer the kind of resistance we expected. The militants even entered their houseboat and made away with their laptop computers and cell phones".
Posted by PublicInformationProjects at 05:33