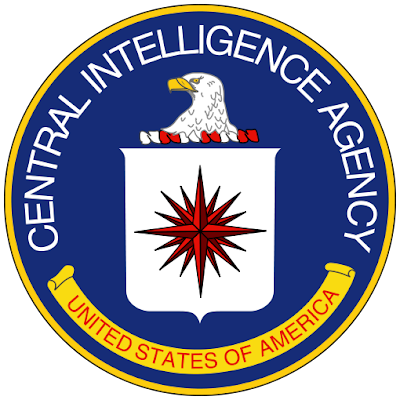 A recent order by President Umaru Yar'Adua to the Nigerian security apparatus to probe the ownership structure and funding of some Nigerian news websites have started yielding revelations.

A preliminary investigations report turned in by the probing body indicated that three of these online news publications(names withheld for legal reasons), are being funded by a private foreign intelligence agency(name also withheld for legal reasons), with strong affiliations to the United States Of America's(USA) Central intelligence Agency(CIA).

According to the preliminary investigations report, one of the three online publications based in USA have not received funds from this agency for the past three months, this is attributed to the fact that the funding agency discovered that the Publisher have been making attempts to get into the good books of the Nigerian Presidency through a top female Nigerian journalist. The other two also based in USA are still receiving funds from the private intelligence agency, the report hinted.

chidi opara reports also learnt that the report traced the real ownership of these e-news publications to a National Democratic Coalition(NADECO) cell that is still secretly active in Europe and America. Two of the Publishers according to the report may not know the real ownership of their publications and the actual source of funds, while the third is said to be fully aware of this arrangement. This third Publisher, according to the report have been directly and indirectly involved in founding, operations and funding of the two other publications.

"These websites are sometimes fed with half truths by their secret service friends, who are here as diplomats, to create tension, so that they can take enough crude oil", a contact inside the investigating body hinted to chidi opara reports.

We also learnt authoritatively that the President was livid with anger when he saw the preliminary investigations report. The oath of secrecy administered to government officials recently is one of the President's reactions to the matter. The President was also said to have ordered speedy conclusion of the investigations and have instructed the National Security Adviser(NSA) to order all sections of the Nation's security establishment "to identify and cover loopholes of strategic information leakages". The President we learnt will in the interim, step up diplomatic pressures on the government of USA to stop the private intelligence agency from releasing more funds to these e-news publications.

A security analyst based in Lagos who spoke to us on condition of anonynmity, volunteered that "Journalists are within the catchment recruitment segments of CIA".
Posted by PublicInformationProjects at 05:55