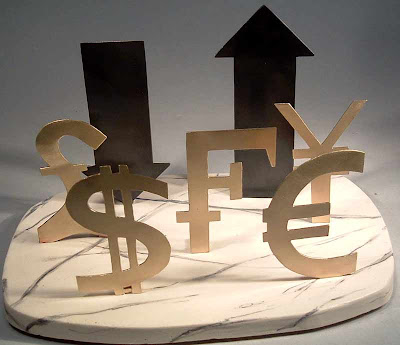 The global financial squeeze which have already adversely affected world class finance giants like American Insurance Group(AIG), lehman Brothers Holdings Incorporated, Merriyll Lynch and others is having its effects on the already weak base of the Nigerian economy.

This financial slide was triggered off in the United States Of America(USA) by a meltdown on the mortgage industry. At present, the USA government have doled out over seventy billion dollars to save its major finance institutions from bankcruptcy.

The squeeze is also noticeable in other renowned global financial centres like London, where the FTSE 100 Index suffered a record slide recently, Tokyo, Sydney, Seoul and Shanghai, where Indices also recorded serious slides.

The first casuality in Nigeria is the price of bonny light crude oil which is equivalent of the north sea brent crude oil, which dropped to slightly above eighty-six dollars per barrel. Even though this price is well above the benchmark on which the 2008 budget proposal was anchored, federal government officials however, fear that further slumps will affect the size of the excess crude oil account with which the government finances recurrent budget deficits. Oil and gas are the mainstay of the Nigerian economy.

At the Nigerian Stock Exchange(NSE), share prices have continued to fall, resulting into huge losses for investors, officials of NSE have been intervening to save the market and by extension, the economy. Brainstorming sessions, chidi opara reports learnt are still on to work out new ways to contain the situation.

In the private sector, major Nigerian banks, who in the bid to globalize their operations, partnered with big ofshore Finance Institutions have had their partners withdrawing Investments in anticipation of a complete shutdown of the country's economy. One of the consequences of this, chidi opara reports was authoritatively informed, is that industry giants who usually depend on finances from these outlets to stay in business, will have to either downsize or shutdown operations with the resultant consequences to the economy of the Nation.
Posted by PublicInformationProjects at 02:52