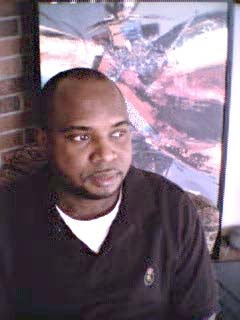 Aside from being a publisher and news reporter, Mr. Elendu is also a Public Relations(PR) consultant with bias in political image making. A contact close to him told us that "Jonathan is well connected within the Nigerian political establishment, especially amongst younger politicians". We were also informed that "he, infact makes his money mainly from writing and producing PR documentary films for these politicians" by another contact.

Checks by chidi opara reports revealed that one of Mr. Elendu's firms was recently contracted by the government of Rivers State to produce a PR documentary film to commomerate the first year anniversary of governor Chibuike Rotimi Amaechi. We learnt that in the course of research for materials for the film, it was suspected that Mr. Elendu may have also gathered informational materials that can be used against strategically placed government officials and their friends both in and outside Nigeria, hence the need to arrest him and find out what he actually knows. "We are suspecting that he may have gathered information about who and who are doing oil bunkering in the Niger delta for instance" a highly placed SSS contact in Abuja informed chidi opara reports. "When we got report of this development", our SSS contact continued, "we made efforts to get him but couldn't, so we kept his movements under survillance". Reminded that Mr. Elendu was arrested on suspicion of working for Sahara Reporters, our contact revealed further, "our OPS men just said that to divert attention from the real issue". The online news publisher is said to be "co-operating" and is being well treated. "If he fails to co-operate, we will hand him over to the appropriate agency for prosecution". chidi opara reports have not been able so far to unravel the mode of this co-operation.