Nigeria's Immediate Past President Back To Political Relevance 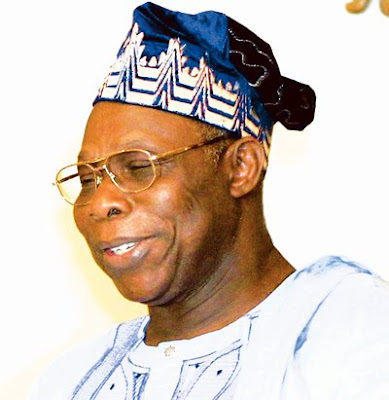 Nigeria's immediate past President, rtd. General Olusegun Obasanjo is back to political relevance. Obasanjo, who single handedly installed Mr. Umaru Yar'Adua as President in 2007, in what was widely described as the worst election in the annals of the country's election history was practically rendered politically irrelevant in the scheme of things thereafter.

The Yar'Adua Administration on assumption of office was hijacked by a cabal, who with the support of the President's first wife, Turai Yar'Adua cornered most major government patronages. This cabal reasoned that for it to continue to influence government policies, the Obasanjo influence must be curtailed, consequently, the first year of the President's four-year term was devoted almost entirely to reversal of most of his predecessor's policies.

"The reversals and harassments of our loyalists with anti corruption agencies and the press came to us initially as a shock, but we quickly recovered from the shock", a key Obasanjo insider informed chidi opara reports. We gathered that when "this embarassing situation" persisted, the Obasanjo group started strategising for a fightback and subsequently came up with its own survival strategies. "We started mobilizing our influential international friends, we also assembled all the damaging facts on those who wanted to render us irrelevant" the Obasanjo insider further told us.

chidi opara reports learnt authoritatively that the mobilization of Obasanjo's influential international friends would have ensured that the Yar'Adua Administration would find it almost impossible to pull through some bilateral proposals necessary for its survival. We also learnt that the Obasanjo group is in possesion of very embarassing dossiers of members the Yar'Adua cabal, as well as that of the President's immediate family, specially, his first wife. It is also believed that leftwing news blogs with Nigeria as editorial focus, though not Obasanjo's friends, will eagerly publish any factual embarassing materials on the President and members of his cabal whenever the Obasanjo group make such materials available.`

The ex President's current journey to political relevance, chidi opara reports gathered was with measured steps, "General was unusually patient, maybe because of his personal relationship with the President's extended family", our Obasanjo insider revealed. We gathered also that the retired General only felt it was time to act when his party, the ruling Peoples' Dmocratic Party(PDP) with the support of the President, amended a section of the party's constitution as it relates to the position of Chairman of Board Of Trustees(BOT), which the ex President is occupying presently. "At this point, General struck and ofcourse they called for reconciliation", another Obasanjo insider informed chidi opara reports.

We can now report that the Yar'Adua cabal have realised that after the supreme court victory which is already in the President's pocket, the major headache would have been the Obasanjo factor, which they recently realised was stonger than they thought initially.

A Presidency contact who is in position to know whispered to chidi opara reports that "the cunning retired General is back".
Posted by PublicInformationProjects at 02:13