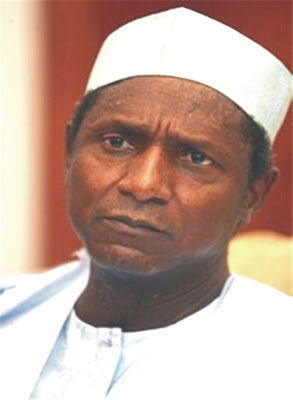 Reports filed in from Abuja by some network members of chidi opara reports indicated that following the public outcry over the closure of a private television channel in Lagos and the arrest of some members of its editorial staff and the furore generated by the arrest and detention without charges of two Nigerian born, United States Of America(USA) based online news publishers, one of whom is still in detention at the time of posting this report, which we learnt gave this Administration very bad image in the international arena, Presidency strategists are now poised to exploit the legal option which according to them, "seem less controversial and more legitimate".

chidi opara reports learnt that the initial reservation within the group was how to push this option through the courts, especally, with the possibility of defendants hiring radical lawyers, who may likely want to use the forum to present facts capable of further embarassing the Government.

"This problem will soon be solved by our men in the judiciary", a strategically placed contact in the federal ministry of justice told one of our network members in Abuja. We learnt further that a system is being worked out in which any media organizaton that publish any reports the presidency considers libelous, will be sued at the Federal Capital Territory(FCT) division of the federal high court. The case will then be assigned to a member of a select group of judges, who according to our federal ministry of justice contact, "will do justice to the matter". Doing justice to the matter, chidi opara reports learnt, means deciding the case in favour of the President and awarding very high cost as damages against the defendant. "As soon as judgement is delievered, it wil be effected, even if there is an appeal", our contact further revealed. The President's first wife, Turai Yar'Adua and some Presidency hawks are however, said not to be comfortable with this option. Our information has it that they prefer the strong arm option or atleast, a combination of the two. Mrs. Yar'Adua is known to have enormous influence on the President.

It will be noted that the military regime of Ibrahim Babangida tried to use this strategy to silence the radical human rights lawyer, Mr. Gani Fawehinmi, when he tried to expose those he believed were behind the murder of his client, Mr. Dele Giwa, a journalist. It will also be noted that the President is reported to be considering taking legal action against a print news publication that recently published a report about his continually failing health condition.
Posted by PublicInformationProjects at 03:35