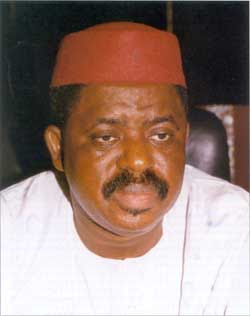 Samuel Egwu is a former governor of Ebonyi State. He is known to be a core Obasanjo loyalist. He was sponsored by the Obasanjo group to contest the national chairmanship of the ruling Peoples' Democratic Party(PDP). Egwu lost out of the contest through a last minute scheme engineered by the Yar'Adua cabal, led then by Babagana Kingibe. Samuel Egwu, chidi opara reports learnt, owe his current political rebound to the Obasanjo group. 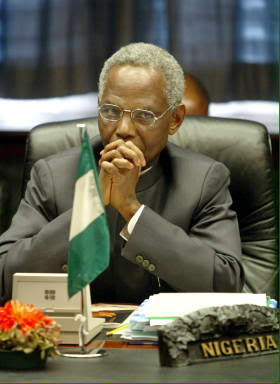 Rilwanu Lukman is the most recycled face in the Petroleum portfolio. A quiet political schemer, Lukman is known to be in the Northern Nigeria(Arewa) power loop. chidi opara reports learnt that he is the Obasanjo group's prefered candidate for either the Petroleum Ministry or the Ministry of Niger Delta Affairs. 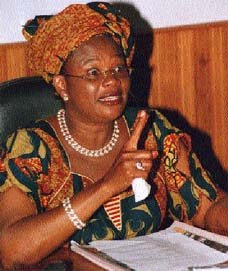 Dorathy Akunyili is a zealous, upright and hard working intellectual discovered by rtd. General Muhammadu Buhari when he was Chairman of Petroleum Trust Fund(PTF), but brought into national prominience by Olusegun Obasanjo when he was President. Akunyili, a Professor of Pharmacy, currently heads the National Agency For Foods And Drugs Administration And Control(NAFDAC). Her name, chidi opara reports was reliably informed, was inserted into the list by the Obasanjo group mainly to bring some credibility into the current ministerial nomination exercise.
Posted by PublicInformationProjects at 01:49