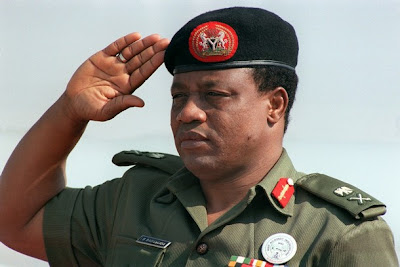 The face-off between Moslem leaders in Suleja Emirate, and Southern Nigeria, and the Supreme head of Moslems in Nigeria, the Sultan of Sokoto, Saa'ad Abubarkar 111, which resulted in Moslem faithfuls in the Emirate and Southern Nigeria celebrating Sallah on Monday, 8th December, 2008 instead of Sunday 7th, as directed by the Sultan, has been linked to the 2011 presidential ambition of Nigeria's one time military President, rtd. General Ibrahim Badamasi Babangida(also known as IBB).

chidi opara reports authoritatively learnt that the retired General's ambition have hitherto received blessings in strategic power circuits, the Sokoto Caliphate, which is the domain of the Sultan, inclusive.

"When President Yar'Adua indicated interest for a second term, all those who have already endorsed the General, including the Sultan, started shifting to that direction", a well placed IBB insider, who is a retired military officer told chidi opara reports in Kaduna.

When we approached a close Yar'Adua confidant in Abuja with the question of whether the President is considering running for a second term, he simply retorted, "why not?".

There has been assumption that due to the President's ill health, he will do only one term which will terminate on 29th May, 2011. Based on this assumption, which the President's body language endorsed, the IBB-Odili enormous political machine was revived in readiness for the 2011 presidential election. This revival, we learnt, included getting the endorsement of key political, traditional and religious figures in the country. The cart, according to knowledgeable contacts, began to turn when the President suddenly began to prepare for a second term. "Why should the Sultan as a father to all of us, support the President and IBB for the same cause, at the same time? Can't he advise the President to go and look after his health after one term?", our IBB insider complained.

chidi opara reports further learnt on good authority that following what IBB regarded as "treachery of the Sultan", the former military leader have deployed human and material resources within the Suleja Emirate and amongst Southern Nigeria Moslem leaders to whittle down the huge influence of the Sultan. "We will continue to instigate challenge to his leadership of Moslem faithfuls till he learns to do things the right way", another IBB insider confided in chidi opara reports.
Posted by PublicInformationProjects at 01:28