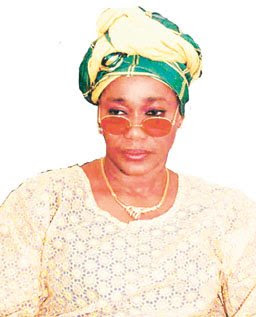 chidi opara reports has it on good authority that the Economic And Financial Crimes Commission(EFCC), instead of fighting corruption in Nigeria, have by its action recently encouraged public officers, especially, State Governors to engage in unbridled corruption.

We can now report that the Chairperson of EFCC, Mrs. Farida Waziri have been meeting with some ex-governors, notably, James Ibori, Peter Odili, and Bola Tinubu, to find a way to give them safe landing in the corruption cases against them.

It was in one one these meetings, usually facilitated by the office of the Attorney- general of the Federation and Minister of Justice, that it was decided that plea bargain would be the best option. "The case of Lucky Igbinedion was to be used to fly the kite", a well placed EFCC contact informed chidi opara reports.

Our information also indicated that when the plea bargain option was first flown, the EFCC Chairperson was skeptical, because according to a contact close to her, she feared that the International Community may not take to the option. "but after meetings with some diplomats, Madam decided to go ahead with the plan", our EFCC contact further revealed.

We can now also report that EFCC strategists have worked out an elaborate blackmail against opponents of their plea bargain scheme. "The plan is to continually accuse unnamed elements of plans to destabilize the Yar'Adua Administration in collaboration with some foreigners. "It is hoped that this will effectively silence those who may want to oppose this idea, but if it doesnt, they may be taken in for treason", a security contact who collaborates with EFCC informed chidi opara reports.

It will be noted that Mr. Lucky Igbinedion, a former governor of Edo State, was recently convicted of a corruption related offence in a plea bargain by a Federal high court in Enugu, he was asked to pay a fine of 3.5million naira. The EFCC however, rejected the conviction and have made known, its intention to appeal. When our EFCC contact was approached on this, she retortd, "it is all part of the game of deceit, what will appeal achieve? they know what they are doing".

The first phase of the EFCC blackmail may have started, the anti-corruption agency recently accused unnamed elements of collaborating with foreign interests to destabilise the Nation.
Posted by PublicInformationProjects at 08:09