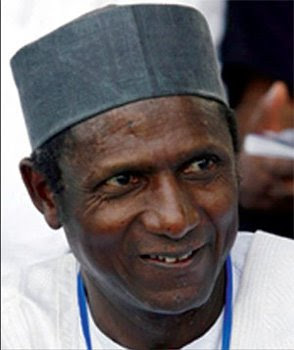 chidi opara reports can now report that Nigeria's State Security Service(SSS), have now formally adopted the policy of seizure of passports of Nigerians resident in foreign countries whose parts have at one time or the other crossed with that of the Administration of Mr. Umaru Yar'Adua.

The policy was adopted after series of meetings between the Director-general of SSS and the National Security Adviser(NSA) between September and November this year.

An impeccable security contact informed chidi opara reports that the Presidency, worried by what it termed "anti-government activities", mainly from Nigerians living in foreign countries had in a memo routed through the NSA, mandated the SSS to come up with "the most viable way to contain this menace". The SSS, we learnt further, in mid November, came up with the option of passport seizure, which has been in practice in the Service, albeit informally. This option, according to our security contact, have been approved by the Presidency. "The SSS Director-general had infact, in early december, communicated the policy in writing to all relevant sectional heads", our contact further revealed.

Independent investigations by chidi opara reports revealed that SSS operations offices at International Airports and Border stations across Nigeria have been given a list of Nigerians living in foreign countries, especially, in United States Of America(USA) and United Kingdom(UK), who the Yar'Adua Administration have identified as "anti-government elements". We have not been able so far to have access to the list, but a middle level SSS operative at a Border station informed chidi opara reports that the list include the names of two online news publishers, a college Professor and a fiction writer, all based in USA.

Further investigations also revealed that security units in Nigeria's foreign missions have been instructed to place the movements of persons on the list, "on close survillance".

"We are concentrating on the Borders, because most of our targets may like to avoid the Airports", the SSS contact further revealed to chidi opara reports.
Posted by PublicInformationProjects at 01:39