Nigerian Police Plot To Link Our Publisher To Communal Disagreement 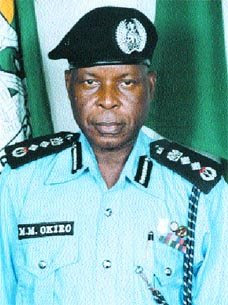 An impeccable contact in Owerri informed chidi opara reports of plan by the Police in Imo State to link our Publisher and Editor-In-Chief, Mr. Chidi Anthony Opara to a communal disagreement in his native home, Umude Amala Avuvu in the Ikeduru Local Government Area of Imo State, Nigeria. The community have been having this disagreement over the years, regarding the apropriate name to adopt. Mr. Opara is in no way involved in this disagreement.

The plot was hatched at the instance of a member of Police Service Commission(PSC), who felt uncomfortable with our publications on the Nuhu Ribadu saga.

This plot, according to our contact, involve the Police divisional headquarters at Iho Dimeze, the headquarters of Ikeduru Local Government Area, whose jurisdiction covers Avuvu and the Area command headquarters in Owerri. According to this contact, those detailed to arrest our Publisher, already know that he normally visits his country home every 1st of january. "They have planned with some youths to start trouble during a football match or during the usual masquerade dance", our contact revealed. "Some of the youths", our contact continued, "will be made to confess that Mr. Opara asked them to start the trouble, thereby providing ground for his arrest and detention", our contact concluded.

Independent investigation by chidi opara reports however, revealed that the Police arrest will be a smokescreen. "Within a day or two of detention, the matter will be transfered to the State Security Service(SSS), who will then relocate Mr. Opara to Abuja for questioning on conducts prejudicial to national security", our contact further revealed.

It is not immediately known if the office of Imo State Police Commissioner is aware of this plot. "Considering the influence of this PSC member, it will not be far fetched to expect that the Commissioner is aware", a Police officer who works in the commissioner's office informed chidi opara reports.
Posted by PublicInformationProjects at 02:00