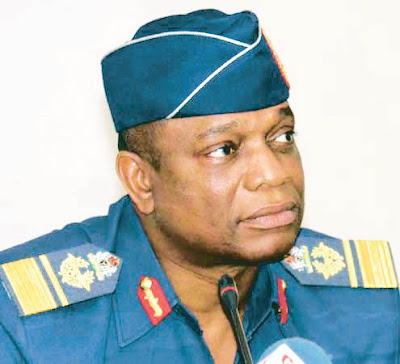 A top level security contact at the Defence headquarters in Abuja informed us of an Intelligence report released in the first week of January, 2009, which revealed a plan to continue the Jos mayhem by some elements, who believe that the casualty figures during the last crisis weighed heavily against them.

Another area of grave concern, according to our contact, is that some Islamic fundamentalist cells, with links to the Al-queda network, led by the radical Islamic jihadist, Osama Bin Laden, have gained strong footholds in the Kaduna-Kano-Zaria axis of the country. These groups, according to our contact, are respectively perfecting plans to cause serious troubles in that part of Nigeria, using the recent Isreali-Hamas military stand off as an excuse. These fundamentalist cells are known to be pro-Hamas.

The restiveness in the Niger Delta region, which subsided considerably in the last quarter of 2008, has, according to our contact, resumed, with hitherto liberal elements in the region secretly supporting militant actions against the Joint Taskforce On Security(JTF), for arresting a militant leader, Mr. Sobamabo Jackrich, alias Eberi Papa, inside the palace of the Amanyanabo(King) of Kalabari, Professor J.T Princewill. The Kalabaris are mainstream Ijaws. This action of the JTF is considered by most Ijaws as a desecration of their tradition.

Reports of the worsening health condition of Mr. Henry Okah, leader of the Movement For The Emmancipation Of Niger Delta(MEND), who is currently undergoing trial for treason, our contact also revealed, has provided an excuse for hawks inside MEND to continue to push for an all out oil war.

"Right now, military and security forces have been directed to deploy personnels and equipments to the flashpoints, to contain these serious national security threats", our contact concluded.

Network members of chidi opara reports in Abuja, Ibadan, Enugu and Kaduna, filed in reports, detailing preparations inside Military, Police and State Security Service(SSS) facilities in these cities, that appear to give the impression of a red security alert situation.
Posted by PublicInformationProjects at 01:43