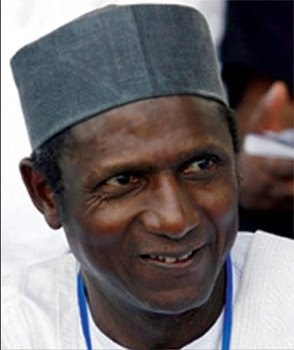 Not making the desired headway in its efforts to stiffle strident opposition voices by clamping down on the news media, especially, the Internet subsector, through arrests and detention of news Publishers and senior Editors, the Nigerian Presidency, chidi opara reports learnt authoritatively, have resorted to blackmailing vocal opposition figures in the country.

This new scheme we learnt, was hatched in the Office of the chairperson of Economic And Financial Crimes commission(EFCC) in the last week of December last year, with major imputs from five top news Editors, three radical lawyers and an aide to the Chairman of Niger Delta Development Commission(NDDC). This scheme we also learnt was at the instance of the Presidency through the office of the President's Chief Publicist.

Investigations revealed that heads of some strategic government agencies like Independent National Electoral Commission(INEC), National Orientation Agency(NOA) and others, "have been briefed to target vocal opposition figures and promptly reply any damaging remark they may utter against the government with a good dose of blackmail" a well placed contact in the office of the President's Chief Publicist, whispered to chidi opara reports.

"Whenever these bombshells are released, our friends in the press will give them wide publicity. Money is not the problem, NDDC takes care of the bills", our contact revealed further.

Further checks has also revealed that the management of NDDC already have a "special fund" in the office of the Chairman to handle schemes like this.

It was also discovered that the recent remark by the INEC Chairman to the effect that the immediate past Senate President, plotted to succeed the last Administration in an interim capacity was part of the scheme.

Although chidi opara reports cannot at this time vouch for the veracity or otherwise of the INEC Chairman's claim, the motive behind the "revelation", we can report, was to blackmail the vocal former Senate President into silence.
Posted by PublicInformationProjects at 08:26