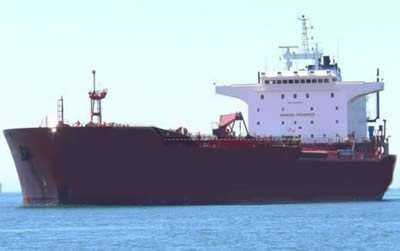 A month long investigation by chidi opara reports have revealed that there will be profiteers in the current port congestion in Nigeria's Apapa port complex. The complex, which is Nigeria's premier port is currently experiencing serious congestion.

Industry insiders who spoke to us on conditions of annonymity posited that the congestion was caused by the reluctance of some importers, at the prompting of some freight forwarding practitioners, usually referred to as "big agents", to go through the normal process in the importation and clearing of their cargoes. "They circumvent due process, with hope that their connections will see them through, but in some rare situations like now, when it fail to see them through, they abandon the cargoes at the port and go home to strategise on the way out," a middle rank Customs officer told us at Customs headquarters in Abuja.

chidi opara reports also gathered that these "big agents" who are usually patronised by unscrupulous importers, because of their ability to remove cargoes without the necesary documentations and due process, were leaders of Association Of Nigerian Licensed Customs Agents(ANLCA), who have now moved over to and are holding leadership positions in the newly constituted Council For The Regulation Of Freight Forwarding Practice In Nigeria. "These positions are their compensations for financing PDP", a Customs agent told chidi opara reports in Lagos.

Independent investigation revealed that the leadership of the freight forwarders body are also major financiers of the ruling Peoples Democratic Party(PDP).

"Right now, there is serious pressure on all of us, especially Customs, to release those cargoes, without proper examination and assesment of duties payable," a contact who is an assistant manager in the marketing department of the Nigerian Ports Authority(NPA) informrd chidi opara reports.

We gathered also that the acting Comptroller-general of Customs, Dr. Bernard Nwadialor is resisting the pressure. The acting Comptoller-general have already inaugurated a taskforce for the clearing of the congestion. The taskforce have been mandated to ensure due process in the removal of the cargoes.

This mandate, according to our contacts, may be ignored, as the "big agents". their collaborating principals and some top government officials have mapped out secret strategies to remove the cargoes with little or nothing paid as customs duties.

We are not yet privy to the secret strategies, what we can report now is that these potential profiteers have the political connections to remove any government official, no matter how highly placed, who stand on their way. The Ministers of Transportation and Finance, whom port decongestion fall within the purview of their duties are aware of this.
Posted by PublicInformationProjects at 10:18