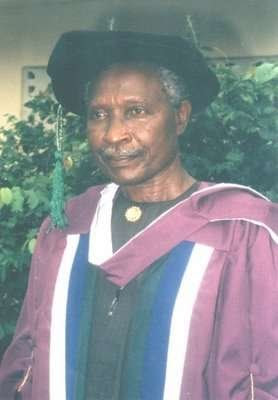 The renowned Nigerian novelist and playwright, rtd. Captain Elechi Amadi, who was last month kidnapped by gun men at his Aluu country home, near the University Of Portharcourt and was released within twenty-four hours, is set to celebrate his freedom from the hands of the kidnappers in a Special Thanksgiving on Saturday, 21st February, 2009.

The programme of events released by the family of the Internationally acclaimed writer and made available to chidi opara reports, indicates that the celebration will start with a church service at the St. Paul's Anglican Church Aluu by 10.00am. This will be followed by a reception at the literary Icon's compound, with the President-general of Ogbako Ikwerre World Wide, Samson O. Agbaru as chairman and the governor of Rivers State as Special guest of honour. Other personalities expected to be present are; the Deputy governor of Rivers State, Tele Ikuru, the King of Ogbaland, Chukwumela Nnam Obi, Professors Otonti Nduka and Nimi Briggs, amongst other personalities.

Elechi Amadi who stormed the literary scene in 1964 with the novel "The concubine", also have to his credit other literary works like "Isiburu", "The woman of Calabar", etc. He was a former Commissioner in the Rivers State Executive Council and also a former President-general of Ogbako Ikwerre World Wide, a socio-cultural umbrella body of the Ikwerre ethnic nationality. He is presently, the chairman of Rivers State Scholarship Board.

The Association Of Nigerian Authors(ANA), Rivers State chapter, chidi opara reports gathered have also lined up some activities for the celebration. We could not however, obtain details of ANA participation at the time of preparing this report, but a contact within Rivers State ANA informed us that the Authors' body is fully involved in the celebration. "You know that Elechi Amadi is our Patron, so we are always with him". our contact revealed with enthusiasm.
Posted by PublicInformationProjects at 07:40