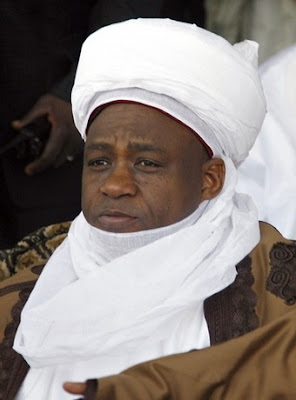 Contrary to news media reports that Sultan Saa'd Abubakar 111, the Sultan of Sokoto and the supreme head of moslem faithfuls in Nigeria, who is to arrive in London today on a visit to the Prince of Wales, Prince Charles, is on a private visit at the invitation of the Prince, chidi opara reports have reliable information that the visit is official and at the instance of the Arewa Consultative Forum(ACF). ACF is the umbrella socio-political group of the Nothern Nigeria elites.

Although a news release from the Sultanate described the engagement as a "courtesy visit", which will also "help to reinforce the positive relationship between the Sultanate and the English monarchy", a contact very close to both ACF and the Sultanate informed us that, worried by agitations for a far reaching amendment of the Nigerian constitution, especially as it concerns sharing of revenue from petroleum, some ACF leaders had in an informal meeting in Kaduna on December 10th, 2008, came up with the idea of getting the highly influential English monarch to influence the present United Kingdom(UK) Administration to see how it can use its influence as Nigeria's former colonial master to douse these agitations. The English monarch is the ceremonial head of Government in the UK.

"What informed the choice of the Sultan for this assignment is the cordial relationship between the Kindgdom of England and the Sultanate dating back to the early years of British colonial Administration in Nigeria", our contact revealed.

chidi opara reports also gathered that the visit whose logistics are being handled by the Nigerian High Commission in London will climax with the Sultan holding a crucial meeting with the Queen. "The meeting with the Queen is the real reason for the visit, the Prince Charles angle is to make it appear unofficial", our contact further revealed.

Our investigations also revealed that a far reaching amendment of the Nigerian constitution, especially in the area of revenue sharing will place the North in a very awkward situation. There are also unconfirmed information that there are other moves to ensure that whenever the constitutional amendment which appeals to be inevitable comes, it will not be fundamental.
Posted by PublicInformationProjects at 00:16