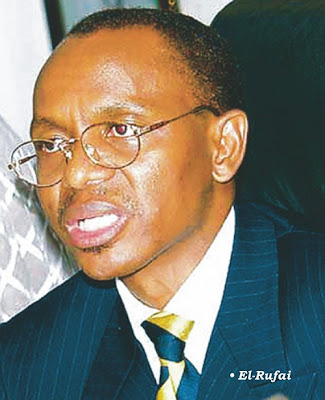 The upper chamber of the Nigerian Legislature, the Senate, have committed a blunder in its recent indictment of Mr. Nasir El-Rufia, who presided over the strategic Ministry Of the Federal Capital Territory(FCT), in the last lap of the Olusegun Obasanjo Presidency.

A Senate committee recently probed the former Minister's tenure and thereafter returned a verdict of guilt. The committee alleged that the former Minister revoked legitimately acquired parcels of land in Abuja and re-allocated same to his relations and relations of the then President. It therefore recommended that since Mr. Rufia performed this function when the Federal Executive Council(FEC) had been dissolved and Mr. Rufia consequently no longer a Minister, he acted outside the law and so the re-allocated parcels of Land should be revoked. The Committee also recommended that the ex-Minister should be investigated further by security agencies and should also be banned from holding public offices for a period of time, amongst other recommendations. The Senate adopted the recommendations that the ex-Minister's tenure be investigated further by security agencies and that the parcels of land allegedly re-allocated, be revoked. Mr. Rufia is already in court challenging the probe.

Investigations by chidi opara reports however, revealed that the main plank on which the Senate rested the indictment; that the ex-Minister performed this duty when he had seized to be Minister, is baseless. We found out that the FEC met on 23rd of May, 2007 and resolved that the council would remain in office till May 29th, 2007. We also discovered that dissolution of council was not even discussed at the FEC meeting of 16th May, 2007, in which the council was purported to have been dissolved and on which the Senate acted.

Further investigations also revealed that the powerful toes on which the former Minister stepped on will go to any length for revenge. It was also discovered that some persons close to the present Administration and desperate to grab parcels of land in Abuja instigated the probe and subsequent indictment.
Posted by PublicInformationProjects at 02:29 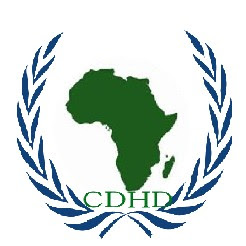 The Centre for the Defence of Human Righsts and Democracy announces the establishment of the magazine "Connecting Africa". The Magazine will contains brief reports on NGOs activities around Africa. Your NGO is invited to contribute to the elabotation of this initiative. We welcome your inputs and comments to the structure below. The first edition of the Magazine will be published in March 2009.Should you be interested, please send an email as soon as possible to: cdhd@afrik.com

The magazine will be published four times a year. Organisations will be invited to provide their contents that will be published in the magazine which will be distributed to stakehoders, international organisations, United Nations representations, donors and other agencies. Contents will be finalised in hard copy and soft copy; NGOs are requested to contribute with a small amount of US$ 10 every three months to support the cost of printing, publishing and mailing. The online magazine will be available for free. Let your work be known by thousands of decision-makers and people worldwide.

The Magazine will contain the following points which are subject to modification. 1. Message from the Director; 2.Presentation of participating ONGs; 3. Overview of the situation in Africa; 3. Reports from NGOs; 4. Announcements.