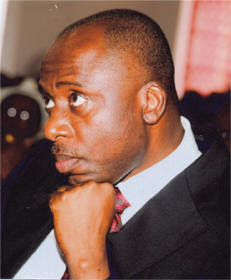 The Governor of Rivers State, a Major oil producing State in the Niger Delta region of Nigeria has given reasons why the region needs more troops and military weapons.

The Governor in obvious response to the threat of violence issued recently by the Movement For The Emancipation Of Niger Delta(MEND), informed Nigeria's Minister Of Defence, Dr. Shettima Mustapha, who recently paid him a courtesy call in his office in Portharcourt, that the current security situation in the region call for more deployment of troops and military equipments.

The Governor's office in a news release titled "WHY WE NEED MORE TROOPS AND GUNBOATS IN THE NIGER DELTA", made available to chidi opara reports, stated that:

"Rivers State Governor, Rt. Hon.. Chibuike Rotimi Amaechi has given reasons why the state is asking for the deployment of more troops and gunboats for patrol of the coastal axis of the State.

Speaking while receiving the Minister of Defence at a courtesy call in Government House Port Harcourt, Governor Amaechi explained that, it is to assist in securing the coastal communities of the state so that projects earmarked for those areas can go on uninterrupted.

He cited the instance of the multi-billion Trans Kalabari highway, which he said, that in spite of the fact that contractors has been paid 40% of the cost of the job, that the project is stalled as a result of the activities of the so-called militants.

Governor Amaechi urged the military to rise to their constitutional responsibilities by stamping out criminal activities from the Niger Delta and reminded them that their oath as military personnel places on them the responsibility to protect lives and property of Nigeria .

The governor maintained that there is no reason why the situation in the Niger Delta, which he described as precarious, should continue, noting, “We must get up now and try to eliminate crime from the region”, he said.

The State Chief Executive asserted that those who carry guns in the Niger Delta are declaring war against the country in the name of the struggle for the Niger Delta, stressing that such struggle, does not require carrying of arms.

Making reference to the recent shooting of a helicopter in a neighbouring state, Governor Amaechi said it is an issue that should not be taken lightly, as it poses serious threat to the economy of the nation.

According to him, the level of crime in the country, particularly in the Niger Delta is beginning to make the country a laughing stock before the International Community, because it shows the inability of the authorities to protect lives and property of the people.

Governor Amaechi therefore solicited for an increase in military presence in Rivers State and other troubled areas, especially the coastal communities where the militants have relocated, adding that the appeal became necessary to enable government implement its developmental projects for the coastal areas.

Earlier, the Minister of Defence, Dr Shettima Mustapha, said he and his team were in the state to access the security situation, and lauded Governor Chibuike Amaechi for his immense support to the JTF and other military operations in the state.

Dr Shettima Mustapha said available reports indicate that the Rivers State Government was taking positive steps to ensure security of lives and property, as there are evidence of things the government was doing that have actually affected positively on peace and tranquility in the state."

BLESSING WIKINA
Ag. Chief Press Secretary to the Governor
Posted by PublicInformationProjects at 01:40