Group To Picket Venue Of Lecture By Nigeria's Immediate Past President 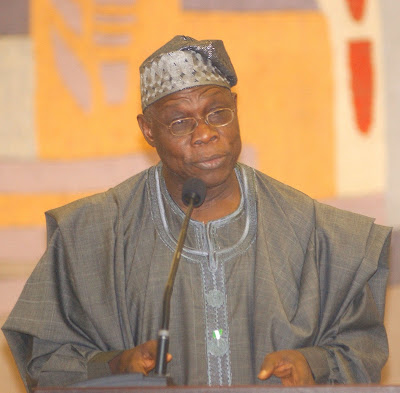 The continued efforts by Nigeria's immediate past President, Rtd. General Olusegun Obasanjo to showcase himself as a foremost contemporary Nigerian Statesman since he left office in May 2007 may hit the rocks if a group known as Liberty Forum makes good its threat to picket the venue of a lecture to be delievered by the erstwhile President on March 18th, 2009 at the prestigious London School Of Economics(LSE).

The Liberty Forum, facilitated by a Nigerian born doctoral student in the United Kingdom(UK) and former Secretary-general of Oodua Peoples' Congress(OPC), Mr. Kayode Ogundamisi, in an e-mail sent to chidi opara reports, explained that the protest will be peaceful and within the confines of the laws of UK. The group further urged Nigerians and friends of Nigeria in UK to join in the protest whose main aim is to show the World that rtd. General Olusegun Obasanjo does not deserve the tag of Statesman, going by his anti-people policies while in government between 1999 and 2007.

The former President's quest for Statesmanship started in 1980,after he, as Military President in 1979 handed over power to an elected President and subsequently, hit the international circuit as a favoured United Nations(UN) and Organization Of African Unity(OAU), now African Union(AU) negotiator in many troubled countries.

Investigations by chidi opara reports revealed that the ex President's Public relations handlers, following intensive lobby recently in London succeeded in securing for Obasanjo invitation to deliever the lecture at LSE, where many world opinion leaders were trained.

We also learnt that delievering a lecture at the world renowned institution raises the esteem of an invitee notches higher in influential international circuits.
Posted by PublicInformationProjects at 07:15