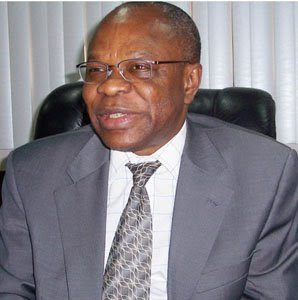 First in the series of the plot, chidi opara reports learnt from contacts very close to the election umpire is to educate Nigerians, most of whom are ignorant of the provision of the law setting up INEC, on the process for the removal of the INEC chief. This segment was what Professor Iwu acted out recently when he rightly stated publicly that only the Senate, Nigeria's upper Parliament can remove him from that position. The law that established INEC provides that the chairman can only be removed if the Senate in a two third majority passes a motion to that effect.

We learnt that prior to this pronouncement, the INEC chairman's foot soldiers had infiltrated the Senate where the carrot and stick approach was employed to secure a vote of confidence for the INEC chieftain. The carrot, according to a well placed national assembly contact was in form of a huge sum provided by the governments of Imo and Abia States through a two term Senator from one of the states in south-eastern Nigeria(name withheld for legal reasons), the stick, our contact further revealed was a threat to furnish the news media with details of the irregularities in the election of most of the Senators. "They were blackmailed and also paid for that vote of confidence", our contact concluded. The House Of Representatatives, Nigeria's lower parliament, though not given constitutional role in the matter, seem to be concuring with the Senate. Discreet checks at the lower Parliament revealed that most members would go with the Senators. We have however, so far, not seen evidence of blackmail or money exchanging hands regarding the position of members of the lower Parliament.

Opposition from Professor Iwu's state, comes mainly from the Owerri axis. The people of Owerri, in whose homeland the capital city is situated have been nursing the ambition to have one of their own occupy the seat of government in the State. Nobody from the Owerri axis have so far ruled the State since its creation in 1976.

This ambition was nearly realised in the 2007 governorship election when Mr. Martin Agbaso, from Emekuku, who contested on the platform of All Progressives Grand Alliance(APGA),was approaching victory before the election was cancelled. Mr. Agbaso who believed that the INEC chief cancelled the election and ordered a re-run to give his kinsman, the present governor an edge, have aside from a legal battle to have the election annulled, assembled an array of anti-Iwu elements, amongst whom is the Publisher of a fairly popular national news magazine, to orchestrate the removal of the election umpire.

chidi opara reports can now reveal that the INEC chieftain is presently organizing a counter force from his Mbano axis to counter "the Agbaso threat".
Posted by PublicInformationProjects at 03:41