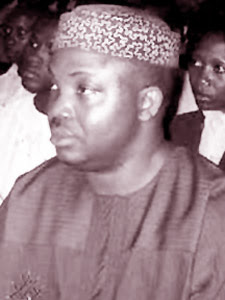 Afenifere Renewal Group (ARG) has been slow to wade into the crisis rocking the Embassy in the United State which has led to the recall of the Ambassador, Brig-Gen. Oluwole Rotimi (Rtd).


We had been reticent because of the ethnic colouration given to the feud between Chief Ojo Maduekwe, the Foreign Affairs Minister and the now recalled Ambassador.


For one, we considered highly undiplomatic and unfortunate the now regretted reference to the Biafran Army as "rag tag" by the Ambassador in a fit of anger while at the same time we could not see any dignity in the Minister’s insistence to gatecrash into the Obama inauguration with the hijack of the card meant for the Ambassador who was the duly invited.


We would ordinarily have ignored this matter but for the emerging underpinning acts of corruption at the embassy being covered up with charges of insubordination and tribal remarks.


Allegations have come out to the effect that the real issues in the crisis at the embassy had to do with the sales of about 3 properties belonging to the embassy in 2007 for about $20 million on which the State of Maryland refunded $1.5 sale tax after petition by the embassy. Rather than paying the money to the embassy the attorney who handled the sale, Ephraim Emeka Ugwuonye pocketed the money.


Ambassador Oluwole Rotimi was said to have reopened this issue when he resumed and contacted the former Ambassador, Chief George Obiozor who spoke with the attorney. Mr. Ugwuonye now wrote to the embassy to say he was not going to refund the money because the Federal Government was owning him on another transaction.


His response piqued Rotimi who took the matter before the Foreign Affairs Minister in January 2009 with no action taken until February when the Ambassador was recalled on the pages of newspapers.


There have also been other sordid details of this scam. One is that one of the properties on Connecticut Avenue was a large building bought as residence for the Ambassador. When it was time to sell, the embassy broke it into two plots, sold one with the building and the other as a plot of land. Both were sold for $3.1m but only the $1.6m for the sale of the building reflected in the embassy records. But the entire record of $3.1m is in the public record and the realtor’s record.


Quite disturbing also is the fact that while the embassy decided to retain a lawyer for the transaction who was paid $700,000 in addition to a realtor whose duty it is to represent buyers and sellers.


We had thought that the Federal Government which overzealously recalled Rotimi without due process would also have taken interest in these corruption charges.


Alas, the Yar’Adua regime has treated this fraud like those of the ex-Governors who are now the guardian angels of the Villa.


We frown at this irresponsible attitude to corruption. We call for the immediate probe of these serious allegations and bringing all culprits to book.


To deal with the complaint against Ambassador Rotimi, who may have paid dearly for his closeness to the inglorious Otta General while ignoring serious issues of graft is a foreign blow to the Anti-Corruption Revolution (ANCOR) launched by President Yar’Adua last December and the Re-brand Nigeria unveiled on his behalf by his Vice, Dr. Goodluck Jonathan yesterday.