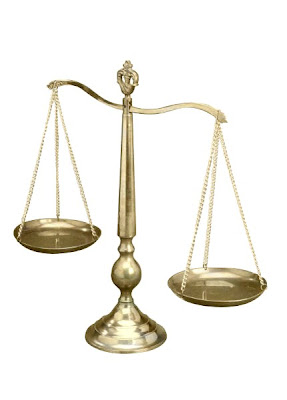 The Court of Appeal siting in Portharcourt, Rivers State will today deliever judgement in an appeal filed by Mr. Ifeanyi Ararume, a former Senator and governorship candidate of the Peoples Democratic Party(PDP) in Imo State, also known as Nigeria's heartland state in the April 2007 governorship election, against the governor of the state, Dr. Ikedi Ohakim, who contested under the banner of Progressive Peoples' Alliance(PPA).

Information at the disposal of chidi opara reports indicated that as at 7.00pm yesterday, the Ararume and Ohakim groups had booked every available major and minor hotel accomodation in the Rivers State capital. A contact in the Ararume group revealed to one of our network members that, "we came with seven full buses, three more will come tomorrow". Another contact in the Ohakim group informed us that, "our members were here since morning, waiting to paint the town red when the judgement is finally pronounced in our favour tomorrow".

A well placed security contact in Portharcourt on enquiry assured us that, "there is no cause for worry, we are already on top of the situation".

Mr. Ararume's quest for governorship started in 2005 when as a Senator, he warmed himself into the minds of most members of the topmost hierachy of his party, so much that when the time came for nomination, he had no serious contender, but some influential elements in his party led by the then President had an agenda to deny him the ticket. He subsequently fought this at the courts and emerged victorious. This victory was rendered hollow when the PDP in Imo State, at the instance of its national leadership allegedly entered into agreement with the PPA candidate to help him win the election, in return for some undisclosed patronages. Dr. Ohakim subsequently won the election which the Ararume group claimed was rigged.

chidi opara reports noticed upbeat moods in both camps with each claiming victory in the impending judgement. Our network members infiltrated units of Ararume and Ohakim groups carousing at drinking parlours in Rumuola and Elelenwo areas respectively.
Posted by PublicInformationProjects at 01:43