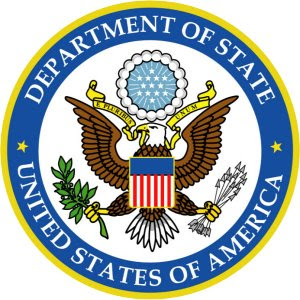 The recent terror alert by the Embassy of the United States Of America(USA)in Nigeria to its citizens may have been informed by economic considerations, chidi opara reports have learnt. Because of the hostilities in the middle east, the USA and its Allies rely heavily on oil and gas from Nigeria to power their gigantic industrial economies.

Contacts in the USA embassy in Abuja informed us that the diplomatic mission and its home government have not been comfortable with the activities of an Islamic sect, the Shitte movement, led by Mr. Ibrahim El-Zakzaky, a Kaduna State born Islamic cleric based in Zaria, whom the USA believe is being funded by radical governments in the middle east. "We do not want instability in any other region in Nigeria, as this would compound the situation in the Niger Delta, thereby causing more disruptions in petroleum production activities", a USA embassy contact confided in chidi opara reports. Checks in high profile security and diplomatic circles in Abuja revealed that the current terror alert may have been planned by secret service case officers in the embassy on the instruction of the State department to instigate the Nigerian government to move against Mr. El-Zakzaky. The process, according to these insiders started with the leakage of an Intelligence which we learnt was heavily "padded", from the embassy to the Kaduna state command of the Nigerian police. This leaked Intelligence allegedly detailed the shitte movement leader's link with the Al-Queda and other terror networks. "It was on the basis of this Intelligence that we prepared our security reports", a high level police contact whispered to us in Kaduna. We also have verified information that the USA and its allies through their embassies have commenced diplomatic pressures on the Nigerian government to outlaw Mr. El-Zakyzaky's movement and consequently detain its leader.

The shitte movement started as a students group in the 1970s at Ahmadu Bello university(ABU) Zaria with Mr. El-Zakyzaky as its first secretary-general. In 1979, he became one of its Vice-presidents. By 1990, the body had metamorphosed into a strong radical Islamic movement with links to the Islamic Republic of Iran and other Islamic fundamentalist regimes in the middle east, with El-Zakyzaky as its leader.

Attempts by chidi opara reports to infiltrate the movement have not been successful so far, unconfirmed information at our disposal however, revealed planned fall back strategies by the movement to contain any onslaughts by the Nigerian security agencies.
Posted by PublicInformationProjects at 05:09