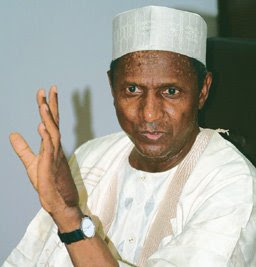 Afenifere Renewal Group (ARG) is compelled to once again call on President Umar Yar’Adua to make a positive intervention in Ekiti State to avert the imminent danger in the State which the attempt to subvert the will of the electorate in Ekiti State can only bring to pass.

We have been reliably informed that the People’s Democratic Party, PDP, leadership of the country at both the executive and legislative levels are plotting to make the electoral body at the national level to thwart the will of electorate as evidenced in Professor Maurice Iwu’s statement that the controversial ‘votes’ in Ido Osi Local Government Area have been accepted.

As we write, the position of the Constitution is that it is only Mrs. Ayoka Adebayo, the Resident Electoral Commissioner, REC, who can accept and announce results. She has refused to compromise her integrity. Now, we do not know her whereabouts. We do not know whether she is in detention. She could have been killed. Now, for Iwu to go ahead and get another Commissioner to announce the results will be interpreted as foul play.

We call on the executive and the legislature to realize that it is their duty to either save democracy or perish it.

As at today, from the eleven valid LG results in Ekiti via the Appeal Court and Saturday’s elections, Dr. Kayode is leading with 11,555 votes and has satisfied the constitutional requirements to be declared as the winner.

Any attempt to use cooked-up results in Ido Osi to invalidate the mandate of eleven LGAs is an invitation to anarchy, which has wider implications beyond Ekiti State .

We call on President Yar’Adua to emulate former President John Kuffuor of Ghana who, faced with this kind of situation in December 2008, put the country above party and saved Ghana from political crises.

We can stop this ‘June 12’ if the PDP leadership of Nigeria behaves with a sense of history at this point in time.