"Give Us Ekiti State Or Forget 2011" South-west PDP To Nigerian President. 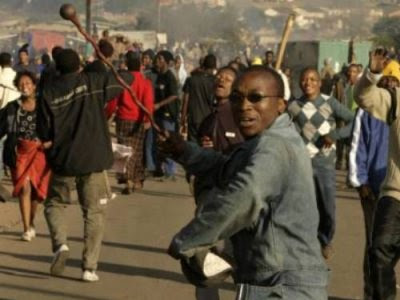 The south-western arm of Nigeria's ruling Peoples' Democratic Party(PDP) have issued a secret strongly worded warning to the Nigerian President, Mr. Umaru Yar'Adua to deliever Ekiti State to the party or forget a second term in office come 2011. The President is known to be nursing second term ambition.

This warning chidi opara reports learnt authoritatively was conveyed to the President through Mr. Isiaka Adeleke, a PDP member of the senate, Nigeria's upper legislature, from one of the south-western states. Mr. Adeleke is also the Senate committee chairman on Independent National Electoral Commission(INEC).

The President, according to one of our Presidency contacts, is disposed to allowing the will of the electorate to prevail in Ekiti State, despite pressures by PDP topshots in the zone. This disposition, another Presidency contact revealed to us was as a result of a "disturbing security report" on the President's desk, hinting at a possible break down of law and order in the south-west if the Ekiti re-run election is not concluded with transparency. The re-run is presently deadlocked.

"Mr. President viewed the warning from our people in the south-west as a very disturbing development", a trusted high level PDP national secretariate contact whispered to chidi opara reports in Abuja.

In the light of this warning, the President, we learnt further have commenced consultations with PDP leaders in the zone to find a way out of the Ekiti situation. We however, have it on good authority that at the time of preparing this report, PDP topnotchers in the south-west are insisting on the President delievering the state to the party or there will be no second term support from the zone for the President in 2011.

chidi opara reports is privy to unconfirmed information that declaration of state of emergency in Ekiti state as a way out of this dilemma is being seriously considered.
Posted by PublicInformationProjects at 10:18 1 comment: