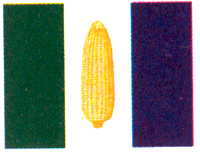 The governor’s henchmen led by Kola Onadipe, the state commissioner for Water Resources, Deji Kalejaiye, Ogun PDP director of Organization, Pegba Otemolu,state PDP secretary, Adisa Soyoye, otunba Daniel’s liaison officer for Obafemi-Owode, Moruf Ajisegiri, Daniel’s Liaison officer for Abeokuta North, along with a horde of thugs, insisted that they would not allow the order of the tribunal to inspect all the materials for the said election.

Upon insistence by Senator Ibikunle Amosun’s counsel’s that the exercise was a judicial directive, the governor’s men insisted on dictating the term under which the exercise would be done and the number of photocopying machines to be used by the ANPP.

We wish to point out that this arm-twisting tactics is a continuation of the obstruction of justice started with the previous tribunal which did not allow our governorship candidate to have access to all the materials needed to prove his case. We recall that Daniel and his PDP did all they could before to ensure that our candidate did not have unfettered access to the material we requested for and endorsed by the then tribunal. We condemn the use of brawn to pervert the rule of law in Ogun state which has become the pastime of the state governor.

Otunba Daniel cannot appropriate and reprobate at the same time. He refused to agree to the constitution of a fresh tribunal to look into the petition against his purported election. He again raced to the Supreme Court trying to hinder the work of the tribunal. He again wants the tribunal to wait for the Supreme Court but he lost again and now this unnecessary and unconstitutional hindrance.

Obviously, he has something to hide but we are determined to bring out the truth to the whole world that the ANPP won the 2007 gubernatorial polls in Ogun state, and not the PDP.

In the last two years, the ANPP has faced all kinds of intimidation, harassment, physical assault and all manner of evil machination in the hands of Governor Daniel and his supporters in our quest to reclaim the mandate freely given to Senator Ibikunle Amosun by the good people of Ogun state.

We appeal to the President to call Governor Daniel to order as his actions continue to make a mockery of the rule of law stance of the administration.

All these months we have endured all the provocations of Governor Daniel believing that the court is the final arbiter in this situation. We are at a loss at to why those who claimed they won elections would now be so afraid of judicial scrutiny of the electoral process.

In spite of these evil machination, we keep alive our hope in the judiciary to do justice because we believe that the development we want to give Ogun state can only be possible within the ambits of justice and orderliness.

We also call on the Independent National Electoral Commission (INEC) to assert its independence from the PDP government in Ogun state by allowing the directive of the tribunal granting Senator Amosun to inspect all the electoral material’s carried out by the ANPP governorship candidate.

This is plain obstruction of justice, abuse of power and an assault on the rule of law. To allow this kind of situation to go unchallenged is to succumb to the evil that individuals have become more powerful than the institutions of state.

chidi opara reports can now report that the recent dissolution of the Board of Niger Delta Development Commission(NDDC) have provoked a position warfare amongst candidates for the positions of chairman and managing director. Chairmanship position is zoned to Bayelsa state, while that of managing director is zoned to Rivers state. NDDC catchment states are Rivers, Bayelsa, Delta, Akwa Ibom. Cross Rivers, Imo, Abia and Edo states.

Our network members in Yenagoa report a cold war between the immediate past managing director of the commission, Mr. Timi Alaibe and the state governor, Mr. Timipre Sylva. Mr. Alaibe is vying for the chairmanship of the commission, while the governor is said to favour the candidacy of Mr. Steve Azaiki. Latest unconfirmed information however has it that Mr. Azaiki have been screened out of the race by the State Security Service(SSS). This security screening was said to have been influenced by Mr. Alaibe's friends in Abuja. Mr. Sylva is however, believed to be positioning a dark horse as a fall back. The name of this dark horse is not yet known to our network members.

Presidency contacts informed chidi opara reports that except if the Vice-president changes his mind, Mr. Alaibe is likely to emerge the chairman. Official reason we learnt further would be to ensure continuity, but the real reason is for Mr. Alaibe to continue to protect the personal interests of the Vice-president and that of the President in the commission.

The situation in Rivers state seem to be more complex. Network members in Portharcourt report that the state governor have preference for the candidacy of Mr. Chibudom Nwuche, a past deputy speaker of Nigeria's lower federal parliament, while the Peter Odili camp is pushing the candidacy of Mr. Austin Opara, another former deputy speaker of Nigeria's lower federal parliament. Both candidates are reported to be likely to clinch the position. We also learnt on good authority that pressure is being mounted on the State governor by some influential traditional rulers to concede the position to the Peter Odili camp as "a peace offering". Contacts close to the governor however, informed chidi opara reports that conceding the cash cow known as NDDC to the Odili group will place the governor's group in a disadvantaged position in the next gubernatorial election. "They can have other positions, but definitely not NDDC managing directorship", a River state government house contact informed us last night on telephone.

Chidi opara reports have not been able so far to completely unravel the situation in Delta state where the position of Executive director(Finance and Administration) is zoned to. Network members in Asaba report that stakeholders in the state are keeping their plans very close to their chests.
Posted by PublicInformationProjects at 03:34 No comments: