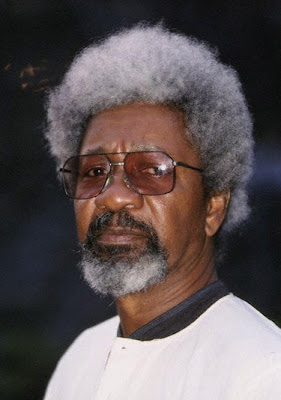 Nigerian leftists will be regrouping in London on the 29th of May, 2009 in a conference titled, "State Of The Nation", under the auspices of the Nigeria Liberty Forum(NLF), led by Dr. Kayode Ogundamisi, a former secreatary-general of the ethnic based radical Oodua Peoples Congress(OPC). May 29th is officially observed as "Democracy Day" in Nigeria.

The NLF, chidi opara reports reliably gathered is modelled like the National Democratic Coalition(NADECO), a leftwing pressure group, formed to preasure the government of late Sani Abacha to de-annul the June 12th, 1993 presidential election, believed to have been won by late Moshood Abiola, a billionaire businessman turned politician. NADECO, whose major activities took place abroad, particularly in London, disbanded voluntarily in 1999, following Nigeria's return to democratic rule. OPC was an affiliate of NADECO.

The NLF attracted initial International attention when it mobilized Nigerians and friends of Nigeria in the United Kingdom(UK), to protest an attempt by the Nigerian President to sign a comprehensive military co-operation pact with Britain. The pact would have entailed British military experts training the Nigerian military on counter-insurgency, etc. This was believed to have been targeted mainly at the Niger Delta militants. The NLF also this year picketed the entrance to the London School Of Economics(LSE), during a lecture delievered by the immediate past President of Nigeria, Rtd. General Olusegun Obasanjo. The LSE protest was primarily organized to embarass the former President, whom the NLF believes harbours anti-democratic tendencies.

The forthcoming conference according to the organizers, will feature notable Nigerian leftists like Wole Soyinka, Femi Falana, Nuhu Ribadu and others as speakers. Publisher of the famous leftwing news blog, SharaReporters, Mr. Omoyele Sowore is also billed to speak.

A chidi opara reports' network member in Abuja reports that the Nigerian Presidency is anticipating the possibility of the NLF transforming into a formidable Nigerian Pressure group based abroad in the mould of NADECO in the nearest future. A Presidency contact revealed to us that the Nigerian leader have already instructed the High Commission in London, "to monitor the situation closely and file a detailed report".
Posted by PublicInformationProjects at 01:05 No comments: