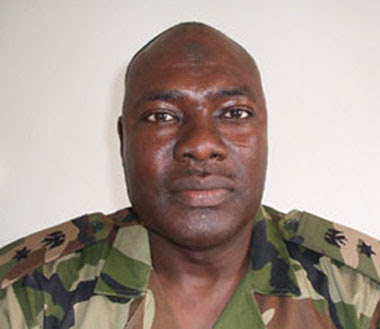 It has come to the knowledge of the
Joint task Force (JTF), Operation Restore Hope, that MEND,
due to its failure
in the use of violence and previous attempts at denting our
names which equally
failed, has embarked on yet another smear campaign against
the security outfit
and its commanders by circulating constructed and acted
video clips to depict
rape and extra-judicial killings by the JTF in the Niger
Delta. These concocted clips are
now being forwarded
to international figures for sympathy, while the media they
were using
hitherto, are no longer sympathetic to their course due to
the criminality and of
falsity this faceless body.

The JTF is constrained to once again
alert the unsuspecting members of the public about this
dimension in MEND's
propaganda and to discard them as lies.
We want to make it categorically clear that the JTF
is composed of
disciplined, professional officers and men trained and
versed in the conduct of
military operations in accordance with the tenet of all the
international
conventions to which Nigeria
is a signatory. This could be
substantiated by the participation by Nigerian Armed Forces
in peace keeping and
peace enforcement operations in Somalia, Liberia, Sierra
Leone, Sudan and
Yugoslavia to mention a few, all of which its members
earned commendations;
therefore their so-called claims hold no waters.
They (MEND) are just a body ofcriminals that
has run out of ideas.
We further wish to advise the general
public to be alert in this and similar smear campaigns
against the JTF by the
faceless MEND and its sponsors.
However,
we are re-assuring the general public that the JTF will not
relent on the
ongoing efforts in restoring law and order within the Niger
Delta region.

This is JTF's response
to MEND allegation on extra-judicial
killings.

Coord
JMCC
Posted by PublicInformationProjects at 08:49 No comments: