ARG To Governors’ Forum: If You Must Go To Harvard, Resign!(News Release). 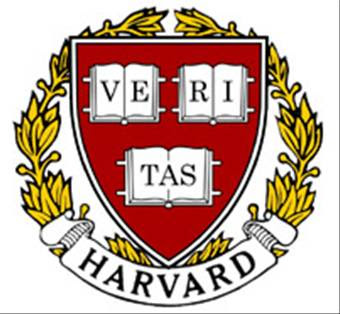 Afenifere Renewal Group (ARG) has been slow to make any comments on the Memorandum of Understanding (MOU) purportedly signed between the Nigerian Governors’ Forum and Harvard University to train our governors on good governance after many of them have spent between 2-6years in office, dispensing bad governance and helping themselves with the treasury of their states.

We had thought that the initial furore generated by the media, which prompted Governor Adams Oshimhole of Edo State, to dissociate himself from the arrangements would have made these governors to see reason and backed out of the deal.

Also, with the Harvard’s Head of Intra-State Conflict Programmes, Professor Robert Rotberg, saying that no binding MOU was signed between the governors and the University, we had thought that the governors would have had an escape route and jettisoned this odious deal.

But, in a characteristic display of impunity by our rulers, Governor Bukola Saraki of Kwara State, and Chairman of the Governors’ Forum, has come out to defend the Forum’s stand, an indication that our governors might have been fleecing the treasury of their states through this phony project called Harvard Training and not ready to stop it.

We are opposed to this Chicanery

ARG is opposed to the governors’ Harvard Training project for the following reasons:

(i)Such a project at this time when most of the governors have spent between two and six years in office is nothing but an admission of failure on the part of the governors; nothing but a veritable pointer to the fact that Nigeria has been run aground by those in whose hands its destiny has over the years been bequeathed to. It is sad that, after 6years in office, those who are supposed to provide an enabling environment for Nigerian youth to become governors tomorrow are still the ones learning how to govern.

Take for instance, Kwara, interestingly, the state where Saraki holds forte as governor. The State’s Commissioner for Education, Science and Technology, Alhaji Bolaji Abdullahi, was recently said to have become worried at the systemic failure in the education sector in the state; where only seven teachers out of the 19,125 crossed the minimum aptitude and capacity threshold in an aptitude and capacity test organized for teachers in the state's public school; and only one out of the 2,628 graduate teachers passed the test while 10 graduates scored outright zero. And, as if these were not enough, "nearly 60 per cent of the teachers cannot read information or use the information in preparing a simple lesson."

Not that alone, statistics from the last annual Senior School Certificate Examination (SSCE), conducted by the West African Examination Council (WAEC), revealed the scandalous attitude to governance by our rulers. For record purposes, 77 per cent of the candidates failed to make the Credit grade in Mathematics while only 35 per cent passed English Language at Credit level. But, rather than confront the national dilemma posed by this national embarrassment, all our governors are interested in doing is to further task our tolerance.

Without doubt, Kwara State is a metaphor of the decadent system that has sadly become the lot of the Nigerian space. But, rather than face the challenge thrown up by the quality of governance nationwide, all our governors are interested in doing is to further insult our collective intelligence by embarking on this shameless jamboree that will only end up selfishly swelling their purses with the taxpayers’ money.

Again, like in Kwara State, it is because Nigeria has all along had wrong people at the helm of affairs that the future of our country has continued to be in jeopardy. ARG is therefore perturbed that, in this age of global scientific and technological development, Nigeria still revels in gross underdevelopment encapsulated in fake and feigned promises, faint and unattainable dreams; as well as inconsistent and incoherent policies. Educational system in Nigeria is dysfunctional. Teachers remain untrained and unpaid. Our institutions of higher learning remain glorified secondary schools. Health sector is in shambles.

Here, corruption and incompetence have taken over the affairs of the Nigerian state and it is as if the country is living on its glorious past. Indeed, the nation's future is bleak. Yet, all the governors want to do to reverse the tide which of course they have been part of its creation is to further unleash socio-economic mayhem on Nigeria in the name of overseas’ training on governance. Were it not for the fact that they have run down our educational system which they can no longer trust their children with, they would not have thought of running abroad for any training on governance. Rather, they would have found a local institution here to organize it for them.

(ii)In this period of global meltdown, when other forthright governments are cutting cost, our own governors are thinking otherwise. There is no doubt that any training, be it local or overseas, embarked upon by our governors will only end up further depleting the already-lean purse of their respective states. We say this because we are not unaware of the characteristic ego-tripping of our rulers where trips like this carry along with it a retinue of aids who also are interested in following their masters’ footsteps.

(iii)Any training at Harvard at this time will only contribute to the corrupt nature of these governors. In truth, it is in climes like ours that provision of pipe-borne water, supply of electricity, good roads, healthcare services, among internationally antiquated promises, are still classified as dividends of good governance. It should also interest our rulers that America has crossed this threshold well over 200 years ago. Again, let it be stated here that the solutions to our problems as a nation state are here with us. Even, a hawker on the road knows what good governance is all about.

But we ask: do we need any Harvard Training before realizing that, unless absolute caution is applied, the nation is heading for the precipice? What further proof do our governors need before coming to terms that they have failed us as a nation and as a people? Is this the way the United States of America, Harvard’s home state runs its affairs?

In any case, the governors have already known that the best way to rule here is to corner our resources. Here, elections are a ‘do-or-die’ affair. They are about votes snatching and ballot-stuffing. They are about the deployment of state might. The only profession one doesn’t have to prepare for in this clime is governance. Is that what they want to go and learn at Harvard? Is that what they do at Harvard? This is our dilemma.

In times like this, the ideal thing is to call on the superior authority to call these governors to order. Hence the reason why ARG is therefore calling on President Umar Yar’Adua to prevail on his governors to jettison this unprofitable venture called Harvard Training. However, we are also worried how a president who, in his first meeting with former President George Bush in Washington DC, felt humbled to a state of inferiority, can prevail on his subordinates to put a stop to a non-profitable project.

Again, we call on the Economic and Financial Crimes Commission, EFCC, as well as the Independent Corrupt Practices and other Related Offences Commission, ICPC, to investigate this phony scam with a view to unraveling whether or not the taxpayers’ money has already been sunk into it.

Finally, all lovers of good governance are passionately enjoined to prevail on these governors to abandon without further delay this Harvard Training project that is particularly destined to further enrich our rulers who erroneously call themselves our governors.

All said, if these governors still insist on going to Harvard, let them resign en-masse.