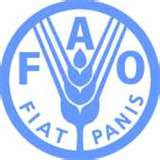 The global economic crisis will help push 100 million people into poverty this year through lost jobs and lower earnings, leaving one sixth of the world's population living in hunger, a U.N. agency said on Friday.

The U.N. Food and Agriculture Organization (FAO) forecast the number of people living in hunger would reach a record high of 1.02 billion this year, exacerbated by persistently high prices for staples following the food crisis of 2006-2008.

Not only will the global slowdown destroy livelihoods in the developing world -- where almost all of the world's hungry live -- it will reduce aid spending from wealthy countries by around a quarter, just when it is most needed, the FAO warned.

"The silent hunger crisis ... poses a serious risk for world peace and security," said FAO Director General Jacques Diouf. "We urgently need to forge a broad consensus on the total and rapid eradication of hunger."

The FAO said "substantial and sustained remedial actions" were required to reach the U.N. Millennium goal of halving the number of hungry people to under 420 million by 2015.

Whereas good progress was made in reducing chronic hunger in the 1980s and the first half of the 1990s, it has been steadily on the rise for the past decade, the FAO said.

The global economic crisis left little scope for developing countries to adapt -- through currency depreciation or borrowing from international capital markets -- because it was hitting all parts of the world at the same time, the report said.

Foreign investment in the developing world is expected to fall by nearly one third, while cash remittances from overseas could fall by around 8 percent, reversing years of steady increases, the FAO said in a report.

The urban poor will be the hardest hit, due to job losses, but food pressure will also mount in rural areas as millions of migrants return to the countryside.

The increase in undernourishment is not a result of limited international food supplies. FAO figures predict strong world cereal production in 2009, only modestly down from year's record output of 2.3 billion tons.

While world food prices have retreated from their mid-2008 highs, they are still high by historical standards. At the end of 2008, staple foods cost on average 24 percent more in real terms than two years earlier, the FAO said.

Asia and the Pacific was the worst affected region with an estimated 642 million people are suffering from chronic hunger, followed by 265 million in Sub-Saharan Africa, the FAO said.

(Courtesy Of Reuters)
Posted by PublicInformationProjects at 03:06 No comments: