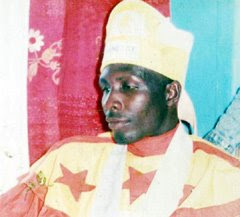 The names of prominent persons and institutions in Nigeria and overseas on the list found at the deserted Tompolo Camp Five by the Joint Taskforce On Security(JTF) and submitted directly to the President by a commanding officer of JTF, Lt. Colonel A.T Lawal have gone through "major alterations", chidi opara reports have been reliably informed by a highly placed security contact. The JTF in a military operation last month found a list of sponsors of militants, a visitors' book and other documents relating to sales of Oil and purchase of arms and ammunitions.

These alterations we learnt, involved removal and addition of names. It is learnt for instance that the name of a prominent Ijaw businessman from Bayelsa state, who lives in a massive estate in one of the new government reserved areas(GRAs)in Portharcourt, which was originally on the list have been removed because of his closeness to the Vice-president, Dr. Goodluck Jonathan. The name of a prominent Ijaw Oil tycoon was also removed for what our contact described as "compassionate reason", this Ijaw Oil tycoon is said to have been sick for some time now.

chidi opara reports learnt further that the name of the leader of the Movement For The Actualization Of Sovereign State Of Biafra(MASSOD), Mr. Ralph Uwazuruike was added. Other additions according to our contact are names of some prominient politicians from northern Nigeria, who are known to be nursing presidential ambition in 2011. This list we learnt, will be used to keep them in check.

furhter checks by chidi opara reports revealed that this altered list have been classified "Restricted Document" in category "A". A security consultant on our retainership is of the opinion that "this development means that access to the document is highly restricted".
Posted by PublicInformationProjects at 11:01 No comments: