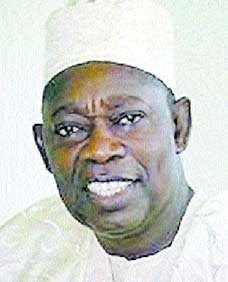 The Campaign for Democracy(CD), on this occasion, remembers with fondness Chief Moshood Kashimawo Olawale Abiola, the hero of Nigeria’s democratic struggle and the President of Nigeria as reflected in the mandate given to him in the presidential election of June 12, 1993.

It is worth mentioning here that Chief Abiola died on July 7, 1998, in the custody of General Abdusalami Abubarkar in circumstances, which mysteries are yet to be revealed by his captors.

M.K.O. Abiola lost his life, property and comfort to the struggle for a better Nigeria. He died while trying to lay a solid foundation for a vibrant and self-reliant Nigeria, where freedom would be the exclusive preserve of all and not the privilege of a chosen few. He had hoped for a sustained democracy and an eradicated poverty. His struggle was towards a nation that would be action-based, not that of endless planning that would in the end leave us empty as a nation and unfulfilled as a people. He had yearned for a nation where almost all would be fed, with almost none remaining unfed. His Farewell to Poverty had revealed that it was possible and, indeed, achievable.

Rather than submit to the whims of the usurpers and the interlopers who have consistently foisted themselves on us as our rulers, Abiola chose the path of honour. He chose to side with the less privileged and the downtrodden where others, especially, of his status had preferred to wine and dine with the rich and the mighty in the society. Instead of allowing the status quo ante bellum to remain as it is and, even, if need be, get worse, Abiola chose solidarity, not brickbats. He believed in a cause and eventually died for the cause he believed in. He refused to surrender to the caprices of the rapacious power grabbers who have consistently ensured that the nation is never at peace. He was liquidated, certainly for a cause he believed in and he died with his dreams unfulfilled. His death without doubt signaled the lynching of the Nigerian dream.

It is now exactly eleven years after the death of the hero of Nigeria’s struggle for democracy. However, it is sad that, eleven years after, the poverty, which Abiola had promised to wipe out, still remains with us. The life of an average Nigerian is now at risk. There is no food on the table of the common man. Unemployment is at an all-time high. No regular power supply and no water to drink. Corruption is not only in high places as those who are expected to prevent it are with affective melody promoting it. Sadder still, those who one had thought were in the struggle with Abiola but have either willingly or otherwise moved to the other side where milk and honey daily flow have never deemed it expedient to remember, let alone honour him. Rather, it is now for them and their immediate families. Whether or not the ordinary Nigerians have food on their table is none of their business. That has been the fate of those who had eleven years ago thought that their hunger would, with Abiola’s presidency, become banished. The saddest part of it all is that we have in place a leadership that does not know why it is there in the first place.

Abiola believed in nation building where every being would have cause to – and, would indeed – live decent lives. Therefore, as we again remember the life and times of a foremost figure of our democratic struggle, CD hereby calls on Nigerians to rededicate themselves to the struggle for their freedom from the oppression and suppression that have been the hallmark of successive regimes since MKO Abiola’s death. In times like this, it is the duty of Nigerians to bear in mind that, unless they take their destiny in their hands and collectively move against these autocrats in civilian garbs, the freedom, which they cherish and earnestly yearn for, may continue to be elusive. Ghana, South Africa and Iran have in recent times taught us some important lessons about democracy and its struggles.

May the gentle and democracy-loving soul of Abiola continue to rest in peace.