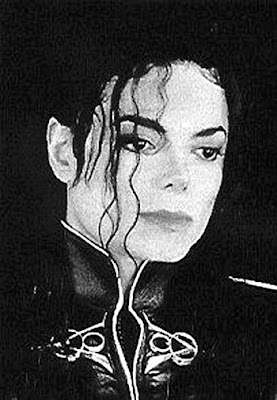 The sister of Michael Jackson has accused members of his entourage of effectively “murdering” the singer for his money.

La Toya Jackson said a shadowy group of hangers-on within his retinue had regarded him as a “cash cow”, supplied him with drugs, conspired to cut him off from family and friends and forced him to commit to play 50 concerts at the O2 arena in London.

After his death, cash and jewels appeared to have gone missing from his home, she said, in interviews with two Sunday newspapers.

She told the News of the World: “We don’t think just one person was involved in the murder. It was a conspiracy to get Michael’s money.”

Ms Jackson described her brother as “the loneliest man in the world” with no real friends, who died cut-off from his family.

She told the Mail on Sunday: “I believe Michael was murdered, I felt that from the start. Not just one person was involved, rather it was a conspiracy of people.”

Ms Jackson said that her brother was “surrounded by a bad circle". She added: "He was a very meek, quiet, loving person. People took advantage of that. People fought to be close to him, people who weren’t always on his side. Michael was worth more than a billion dollars. When anyone is worth that much money, there are always greedy people around them."

Ms Jackson said he had an intravenous drip stand and oxygen canisters in his room.

“Michael knew he was never going to be a grey-haired old man,” she said. “He didn’t want to grow old.”

He was found not in his own room but in the bedroom of his physician Dr Conrad Murray, she said. She was at her home not far from Jackson’s in Beverly Hills when she was told by her father that her brother had been taken to hospital.

On her way to the hospital her mother had called and screamed down the phone: “He’s dead!”

“I nearly crashed my car,” La Toya said. “My legs went weak. I couldn’t press down on the gas pedal. I got to the wrong entrance at the hospital and was begging the security guys to help me and take my car because I was so weak and faint. They took me up to the area where Michael had been taken. Mother was crying and Michael’s kids were crying.

She felt her brother had only wanted to do 10 shows in London but that the people around him forced him to agree to do 50 shows.

Her brother regularly kept £1 million in cash at his home, she said. But no money was found there in the wake of his death. “Michael didn’t keep a close eye on his finances,” she said. “A lot of people made a lot of money out of Michael.”

La Toya said that his death would be investigated. “I am going to get down to the bottom of this,” she said. “I am not going to stop until I find out who is responsible. Why did they keep the family away?”

The said the family would file a civil lawsuit against anyone they believed to be responsible for his death and push for police to bring criminal charges.

“I want justice for Michael,” she said. “I won’t rest until I find out what - and who - killed my brother.”

(From TIMESONLINE Via Bing News)
Posted by PublicInformationProjects at 08:59 No comments: